An international team of researchers from American and Chinese institutions has resolved the crystal structure of the cannabinoid receptor 1 (CB1). These results, which were reported in Cell, provide insight into the mechanisms whereby the cannabinoid system is modulated by ligands.1

CB1 is activated by endocannabinoids as well as Δ9-Tetrahydrocannabinol (THC), the main psychoactive compound in Cannabis sativa. Determining the crystal structure of CB1 is of particular relevance to the field of pain management, as a number of studies have shown that its activation (both by endogenous and exogenous agonists) leads to analgesia.2

The analgesic properties of cannabinoid agonists were shown to be effective on modalities ranging from acute pain to neuropathic and chronic pain.3 In addition, the endocannabinoid system was found to be negatively impacted by several chronic pain conditions, which include osteoarthritis, rheumatoid arthritis and complex regional pain syndrome.3,4

Belonging to the family of G-Protein-Coupled Receptors, CB1 is widely expressed throughout the body, particularly in the central nervous system, with high expression levels in the motor and limbic areas that have been implicated in the transmission and modulation of pain signals.2 CB1-mediated analgesia takes place along peripheral, spinal and supraspinal pain pathways, throughout which the receptor is expressed.5,6

The numerous ways in which CB1 is known to modulate the transmission of pain signals, presents this receptor as a target of choice for the design of optimized pharmacologic agents for the field of pain management.

In the current study, the authors sought to further elucidate mechanisms of activation of CB1, by determining the crystal structure of the receptor bound to an antagonist (AM6538), which was optimized to both enhance stabilization of the complex and promote crystallization.1

Although much effort has been devoted to determining the mechanisms whereby CB1 ligands trigger intracellular signaling downstream of the receptor, little is known regarding the key structural properties  that allow for CB1 activation or inactivation.

Defining these properties through the resolution of the crystal structure of a membrane receptor provides an additional tool for the design of compounds that bind this receptor with high specificity and selectivity. This is of particular importance when available pharmacologic agents either produce adverse events or have sub-optimal effects.

The 3 dimensional resolution of CB1’s crystal structure revealed “an expansive and complicated binding pocket network consisting of multiple sub-pockets and channels to various regions of the receptor,” the authors noted.

In addition, it allowed the researchers to determine which structural properties allow ligands to bind CB1 with high-affinity; modulate signaling downstream of CB1; and antagonize CB1, thus “provid[ing] a useful model to facilitate the design of next-generation pharmaceuticals to avoid unwanted side effects.”

Finally, the researchers noted that elucidation of CB1’s crystal structure will “provide insight into mechanisms of slow dissociation of antagonists, which may potentially translate into long acting pharmacological effects,” another essential property for drugs designed to manage chronic pain.

“Going forward, the study of cannabinoids present in Cannabis sativa will provide clues to its high efficacy and safety margins and may continue to inspire a rich source of pharmacologically refined compounds and novel therapeutics; the utility of the crystal structure may provide inspiration for drug design toward refining efficacy and avoiding adverse events,” the authors concluded. 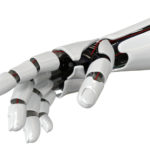