CHICAGO — For adults without cardiovascular disease at baseline, using both aspirin and other nonsteroidal anti-inflammatory drugs (NSAIDs) showed positive associations with incident heart failure, according to research presented at the Scientific Sessions of the American Heart Association, held November 10-12.

While aspirin is frequently prescribed for cardioprotective benefits, the use of other NSAIDs has been associated with functional deterioration in patients with pre-existing heart failure, less is known about how these alternative NSAIDs may affect developing incident heart failure.

Researchers in the current study analyzed cohort data from the Multi-Ethnic Study of Atherosclerosis including women and men age 45 to 84 who were free of cardiovascular disease at baseline.

Data included extensive information on medications, risk factors, biomarkers, and cardiac MRI, with more than 10 years of follow-up. Cohort participants were grouped into four categories: no aspirin or NSAID, both aspirin and NSAID, aspirin only, and NSAID only. Hazard ratios for incident heart failure were calculated using Cox regression models.

Over a median follow-up period of 10.2 years, 330 participants developed incident heart failure, with the highest percentage in the both aspirin and NSAID group. After adjusting for demographics, risk factors, and lifestyle, neither NSAID or aspirin use alone was associated with incident heart failure, while use of both was associated with increased risk.

Study investigators conclude that “use of both NSAID and [aspirin] was positively associated with incident [heart failure], and remained significant after adjustment for potential confounders. This finding warrants investigation into possible mechanisms for this observed association.”

This article originally appeared on The Cardiology Advisor 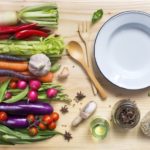 Raising Expectations: How One Organization Is Revamping Hospital Food