According to a study published in JAMA Network Open, many minority resident physicians report incidences of microaggression, occasional racism, and challenges in integrating their cultural identity into the workplace.

Three main themes were reported consistently among minority resident physicians, including daily incidences of bias and microaggression, being given a task as a “race/ethnicity ambassador,” and difficulties in negotiating personal and professional identity while being seen as “other.” In terms of bias and microaggression, participants reported either nuanced interactions or blatant racism with program leadership, other residents, attending physicians, and/or patients. The majority of accounts were microaggression and were found to occur in subtle interactions that translated into denigrating communication to the minority residents.

Minority resident physicians who reported being tasked as race or ethnicity ambassadors recounted that they were often asked to remedy issues related to diversity in the workplace or among minority patients. Many minority residents reported a sense of pride in their work to improve diversity issues; however, some respondents commented that their time spent in this work may have been better allocated to personal education or wellness initiatives. Additionally, a substantial proportion of questionnaire respondents reported few opportunities in their residency program to incorporate minority culture into education. Some minority residents also noted that they felt the need to disguise or “downplay” their cultural identity at work to be accepted.

Study limitations include the small number of participants, the recruitment of participants from an event focused on minority physician advancement, and the unequal proportion of races/ethnicities that comprised the cohort.

Although focusing on recruiting a higher number of minority physicians can increase cultural diversity in the physician workplace, recruiting only “without addressing the specific challenges that minority residents encounter in the workplace is likely to result in continued disparities.” 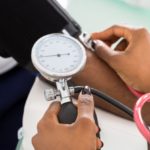