(HealthDay News) — Genetic predisposition to type 2 diabetes modifies the impact of a lifestyle intervention aimed at preventing gestational diabetes mellitus (GDM) and postpartum diabetes, according to a study published online April 30 in Diabetologia.

Emilia Huvinen, M.D., Ph.D., from Helsinki University Hospital in Finland, and colleagues randomly assigned individuals with a body mass index (BMI) ≥30 kg/m2 and/or prior GDM to lifestyle intervention and control groups before pregnancy or in early pregnancy; genetic and GDM data were available for 516 participants. Based on 50 risk variants for type 2 diabetes, a polygenic risk score (PRS) was calculated.

The researchers found that the PRS was associated with higher glycemic levels (fasting glucose and/or hemoglobin A1c) and a lower insulin secretion index in the second and third trimesters and at 12 months postpartum; in addition, the PRS was associated with a higher occurrence of GDM and glycemic abnormalities at 12 months postpartum. When the data were analyzed for participants who did not have GDM at the first study visit during pregnancy, an interaction was seen between the PRS and lifestyle intervention during pregnancy and postpartum. The intervention was effective in reducing the age-adjusted occurrence of GDM only among those with the highest genetic risk when the analysis was performed among women in tertiles according to PRS (odds ratio, 0.37). In the same group, the risk for glycemic abnormalities was reduced at 12 months postpartum after additional adjustment (odds ratio, 0.35).

“Including a type 2 diabetes PRS in the risk assessment may help to identify those women at highest risk and thus benefitting most from targeted intervention,” the authors write.

DENVER — Implementation of a standardized medication reconciliation training regimen may prevent prescribing errors and adverse effects from an inaccurate medication list, according to research presented at the 2019 American Academy of Physician Assistants (AAPA) Annual Meeting, held May 18 to 22, 2019 in Denver, CO.

A group of physician assistant student researchers from the University of Kentucky Markey Cancer Center, Multidisciplinary Clinic implemented a patient medication interview to ensure that information on all patient medications is captured at each office visit in the clinic. In a preimplementation review, the research team had identified that medical record technicians did not receive adequate training in conducting medication reconciliation and/or may have been unfamiliar with the patient’s electronic medical record. The team also found that during visits, patients may be unable to recall the medications they currently take and/or they do not bring medications or an updated list to share with the technician.

“This enhancement will provide a more thorough medication review,” the authors concluded. “It can serve as a starting ground for future studies to compare this standard interview to other methods of collecting patient medication information, and to study the accuracy of the resulting list.”

(HealthDay News) — The U.S. Preventive Services Task Force (USPSTF) recommends against screening asymptomatic adults for chronic obstructive pulmonary disease (COPD). This recommendation forms the basis of a final recommendation statement published in the May 10 issue of the Journal of the American Medical Association.

“While screening for COPD in people without symptoms is not recommended, health care professionals can still help prevent their patients from getting COPD,” USPSTF Chair Carol Mangione, M.D., M.S.P.H., said in a statement. “Most cases of COPD are caused by smoking, so it’s essential health care professionals support their patients, including young people, in not starting to smoke and helping those who do smoke quit.” 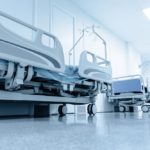