(HealthDay News) — Genetic predisposition to type 2 diabetes modifies the impact of a lifestyle intervention aimed at preventing gestational diabetes mellitus (GDM) and postpartum diabetes, according to a study published online April 30 in Diabetologia.

Emilia Huvinen, M.D., Ph.D., from Helsinki University Hospital in Finland, and colleagues randomly assigned individuals with a body mass index (BMI) ≥30 kg/m2 and/or prior GDM to lifestyle intervention and control groups before pregnancy or in early pregnancy; genetic and GDM data were available for 516 participants. Based on 50 risk variants for type 2 diabetes, a polygenic risk score (PRS) was calculated.

The researchers found that the PRS was associated with higher glycemic levels (fasting glucose and/or hemoglobin A1c) and a lower insulin secretion index in the second and third trimesters and at 12 months postpartum; in addition, the PRS was associated with a higher occurrence of GDM and glycemic abnormalities at 12 months postpartum. When the data were analyzed for participants who did not have GDM at the first study visit during pregnancy, an interaction was seen between the PRS and lifestyle intervention during pregnancy and postpartum. The intervention was effective in reducing the age-adjusted occurrence of GDM only among those with the highest genetic risk when the analysis was performed among women in tertiles according to PRS (odds ratio, 0.37). In the same group, the risk for glycemic abnormalities was reduced at 12 months postpartum after additional adjustment (odds ratio, 0.35).

“Including a type 2 diabetes PRS in the risk assessment may help to identify those women at highest risk and thus benefitting most from targeted intervention,” the authors write.

Efforts are currently underway to move forward with an official title change for the physician assistant (PA) profession, as many PAs feel this title does not effectively convey their responsibilities as advanced practice providers, and patients are often unclear as to what the PA role encompasses, according to research presented at the American Academy of Physician Assistants (AAPA) Annual Meeting, held May 18 to 22, 2019, in Denver, Colorado.

The objectives of the title change investigation were 2-fold: to determine if there is a need to evolve the PA brand based on an analysis-driven view of where these clinicians lie in the health care spectrum today, and to implement strategies to redefine the PA profession while aligning the title to accurately reflect it.

The research team distributed an online survey to more than 7000 certified PAs as well as PA students to evaluate the current role of these clinicians within the health care system, the perceived value of the profession among other health care providers, and whether the title reflects the role and responsibilities of the profession accurately.

Results from the survey revealed that PAs are highly satisfied with their role and the benefits it provides. They enjoy the direct patient contact they experience in day-to-day job responsibilities and feel as though they have a great deal of career flexibility, with fewer headaches associated with responsibilities other than direct patient care. Because most PA education programs last for 2 years, PA respondents felt fortunate that they enter the workforce with less debt and have an earlier start to their career. However, PAs reported that there is a lack of autonomy in their role, and some reported feeling “micromanaged” by the physician with whom they work.

Patients and health care providers felt that PAs are extremely well-regarded in the health care community and that they are trustworthy, with good communication skills. Health care providers found PAs to be strong allies in the practice setting. Employers found benefit in hiring PAs, especially in rural areas due to the cost savings associated with employing these providers as well as the quality patient care that they provide. However, patients admitted they often don’t know exactly what role PAs play or understand the scope of their skills.

Two key points emerged as a result of this research:

As a result of this research, the investigation team has begun to take steps toward changing the title. The next phase of the investigation involves implementing strategies to capture the PA brand, which will support and elevate the profession in conjunction with the new title. The team will then decide on appropriate alternative titles for the profession and present them to the American Academy of Physician Assistants (AAPA) House of Delegates.

The findings and potential alternative titles will be presented at the AAPA 2020 Annual Meeting scheduled for May 16 to 20, 2020, in Nashville, Tennessee.

For more information about the title change investigation, visit the AAPA website.

(HealthDay News) — The U.S. Preventive Services Task Force (USPSTF) recommends against screening asymptomatic adults for chronic obstructive pulmonary disease (COPD). This recommendation forms the basis of a final recommendation statement published in the May 10 issue of the Journal of the American Medical Association.

“While screening for COPD in people without symptoms is not recommended, health care professionals can still help prevent their patients from getting COPD,” USPSTF Chair Carol Mangione, M.D., M.S.P.H., said in a statement. “Most cases of COPD are caused by smoking, so it’s essential health care professionals support their patients, including young people, in not starting to smoke and helping those who do smoke quit.” 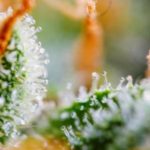