The FLECTOR (diclofenac epolamine) topical system (FDETS) was found to effectively and safely relieve pain from minor soft tissue injury among the pediatric population, according to findings from a phase 4 open-label study published in Clinical Drug Investigation.

Researchers sought to assess the safety and efficacy of FDETS in children, which has been approved for the treatment of acute pain in adults with minor strains, sprains, and contusions.

Patients aged between 6 and 16 years were enrolled in the study from 10 family medicine or pediatric practices in the US between 2014 and 2016. Eligible patients had a clinically significant minor soft tissue injury in the preceding 96 hours with spontaneous pain (≥3 on the 6-point Wong-Baker FACESÒ Pain Rating Scale) and were given 28 FDETS patches to be worn for 12 to 24 hours. Each FDETS patch contained 180 mg diclofenac epolamine. Patients were evaluated for local tolerability, efficacy, and pharmacokinetics.

Older vs younger participants tended to report more pain (3.58 vs 3.37 points, respectively; P =.075). The majority of patients (93%) had a tolerability score of 0, indicating no skin changes. The highest score during the study was 1, indicating faint redness.

According to physician assessment, all patients, except 1, exhibited clinical improvement and 83.7% achieved normal function with no pain. Younger children tended to achieve normal function than older children (90.4% vs 76.9%, respectively; P =.110).

Compared with data from the CRO-PK-01-72 study, which included adult patients and used both patch and oral diclofenac applications, the geometric mean of diclofenac at less than 13 hours of last patch application was lower among the pediatric cohort (1.07 vs 1.18 ng/mL, respectively).

This study was limited by its unblinded design and the lack of a control group.

Overall, the researchers concluded, “The safety, efficacy, and pharmacokinetic profile of the FLECTOR topical system in the pediatric population was consistent with data in adults obtained from a previous study.” 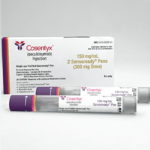