Seven key practice areas for the use of buprenorphine for the treatment of opioid use disorders were updated with new evidence-based recommendations in an article published in the Annals of Internal Medicine.1

Previous practice recommendations warned against co-treatment with buprenorphine and benzodiazepines, as it was thought that such a combination may be toxic. Here authors note that the risks of avoiding the drug combination outweigh those from leaving opioid addiction untreated. In addition, rather than withholding buprenorphine treatment in individuals who have had a relapse and failed to improve with this therapy, additional support and resources should be provided. Traditional counseling may be effective in this patient population, but it is not necessary to ensure successful outcomes.

Previous practice recommendations also suggested that drug testing might be helpful to identify people who had a relapse while on buprenorphine treatment and for whom treatment should be discontinued. Here, evidence suggests that drug testing should be used as a tool for facilitating recovery rather than ”a method of punishment.” Current clinical practice discourages against the use of buprenorphine treatment for patients who use substances other than opioids. New findings suggest that buprenorphine does not interfere with nonopioid medications. Physicians should therefore not be deterred from initiating buprenorphine in patients treated for other conditions.

“This article challenges many of the recommendations and overly conservative practices associated with early buprenorphine use, including limiting induction to a medical setting; requiring counseling; tapering medication dosages; and limiting access to patients without concomitant use of other drugs, such as prescribed or illicit benzodiazepines,” Yale University School of Medicine researchers Kathryn Hawk, MD, MHS, and Gail D’Onofrio, MD, MS, wrote in an accompanying editorial.2 “[These new] recommendations reflect a more progressive approach to [opioid use disorder] that minimizes barriers in the Opioid Treatment Cascade of Care, including linkage to and initiation of buprenorphine therapy.” 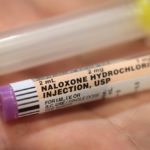 Moral Hazard vs Morality Approaches in the Opioid Crisis