According to a study published in the Annals of Internal Medicine, adults who received pharmacologic treatment for opioid use disorder following a non-fatal overdose may have reduced risk for opioid-related and all-cause mortality in the subsequent 12 months compared with adults who did not receive medication-assisted treatment. Medication for opioid use disorder was provided to just 3 in 10 opioid overdose survivors.1

Medication for opioid use disorders, particularly buprenorphine and methadone, has been repeatedly shown to reduce opioid use and improve outcomes in health status and quality of life.2 In an editorial accompanying the overdose study, Nora D. Volkow, MD and  Eric M. Wargo, PhD of the National Institute on Drug Abuse wrote, “A great part of the tragedy of this opioid crisis is that, unlike in previous such crises America has seen, we now possess effective treatment strategies that could address it and save many lives, yet tens of thousands of people die each year because they have not received these treatments.”3

In order to investigate the use of medication for opioid use disorder subsequent to a non-fatal overdose and its association with all-cause and opioid-related mortality, Marc Larochelle, MD, MPH, assistant professor of medicine, Boston University School of Medicine, and general internist and addiction expert at Boston Medical Center’s Grayken Center for Addiction Clinical Addiction & Research Education Unit in Massachusetts, and colleagues, analyzed data from 17,568 adults age ≥18 who survived an opioid overdose in Massachusetts between January 2012 and December 2014. The investigators identified patients who were treated with US Food and Drug Administration (FDA)-approved medications for opioid use disorder, including methadone, buprenorphine, and naltrexone, and examined all-cause and opioid-related mortality as identified in death files. The investigators found that in the 12 months following the indexed opioid overdose event, only 30% of patients received medication-assisted treatment. Methadone maintenance therapy was provided to 11% of patients for a median of 5 months, 17% received buprenorphine for a median of 4 months, and 6% received naltrexone for a median of 1 month; some of the patients received 2 or more medications.

The opioid-related death rate was 59% lower in patients treated with methadone and 38% lower in patients treated with buprenorphine compared with patients who did not receive medication-assisted treatment. Similar reductions were seen with methadone and buprenorphine in death from all causes. However, the use of naltrexone was not associated with reductions in opioid-related or all-cause mortality. According to the investigators, this may be due to the limited number of events in naltrexone recipients. Prior receipt of a medication for opioid use disorder was a strong predictor of treatment in the 12 months following the index event. A particularly troubling finding of the study was that, contrary to clinical guidelines, 34% of patients received one or more prescriptions for opioids and 26% received prescriptions for benzodiazepines in the 12 months following the index overdose.

Study data were sourced from data files aggregated from 5 different Massachusetts state agencies in accordance with a Massachusetts law that facilitated the linkage of individual records from the Massachusetts All-Payer Claims Database with state mental health data, jail and prison data, vital records, substance abuse treatment data, prescription drug monitoring program data, ambulance trip information, and other data sources. The law was passed in 2015 for the purpose of providing insight into the opioid epidemic and informing policy decisions.4 Massachusetts has been particularly affected by the opioid crisis: opioid-related mortality in the state increased 3-fold between 2010 and 2016. As a result of this study and other reports, Massachusetts lawmakers passed comprehensive legislation in August 2018, with a number of provisions for combating the opioid crisis, including the mandate that emergency departments and satellite emergency facilities have the capability to initiate voluntary treatment with opioid agonists in patients presenting with an opioid overdose.4,5

Dr Larochelle told Clinical Pain Advisor that after an overdose has been reversed, the standard of care in emergency departments traditionally consists of an offer of counseling and referral for treatment. “Essentially, we have very effective treatments for a very deadly disease, but have done a poor job at the health system level of getting people engaged in treatment.” Dr Larochelle noted that there are structural barriers to initiating medication-assisted treatment in the emergency setting, including a lack of emergency physicians who have obtained the necessary training and a waiver to provide buprenorphine for opioid use disorder, and the need to find a place for patients receiving methadone in a supervised methadone outpatient treatment program. Dr Larochelle stated that Boston Medical Center has instituted a program called Faster Paths to Treatment, in which patients with opioid use disorder can start and become stabilized on buprenorphine in an urgent care setting prior to placement in long-term treatment.

“We need to work to understand better what it is individuals are looking for in a time of overdose,” he noted. “What really also needs to happen is to treat patients who have overdosed with respect and make sure that they feel welcome in the health care system. Some may not be interested in engaging in treatment at that moment. If they are not ready for a medication, they may be open to hearing about harm reduction techniques. No one needs to die from using opioids. We can provide counseling on how to prevent the next overdose by having a safety plan, including not using alone, taking turns using, and making sure Narcan is available.” 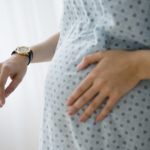 Opioid Use Disorder Prevalence at Delivery on the Rise in the US, According to CDC