Nurse practitioners (NPs) and physician assistants (PAs) were permitted to obtain waivers to prescribe buprenorphine, beginning in 2016. After researchers examined the number of clinicians with waivers in 2018, results of a study published in JAMA indicate that greater practice restrictions were associated with a lower percentage of NPs, but not PAs.

Researchers obtained state-level data on the number of waivers obtained for physicians,
NPs, and PAs. A less restrictive scope of practice was defined for NPs by the
capability to prescribe without clinician oversight; for PAs, this was defined by
whether state PA regulations included at least 5 of 6 “essential elements”
of practice, as indicated by the American Association of Physician Assistants, which
generally recommends that scope of practice be defined at the practice level,
as opposed to the state level.

A total of 44,916 physicians, 7280 NPs, and 1913 PAs were found to have waivers
to prescribe buprenorphine. Results of the study found that less restrictive
regulations occurred in 27 states for NPs and in 23 states for PAs. The mean
percentage of NPs with waivers was 5.58% in less restrictive states and 2.44%
in more restrictive states. PA scope of practice was not associated with the
percentages of PAs and physicians with waivers.

“The results of this study suggest that states in which NP practice is restricted
may be less able to expand the opioid treatment workforce,” the authors
concluded. 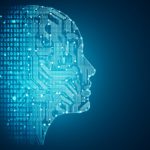