A study conducted by researchers at Tufts Medical Center and Tufts University School of Medicine and recently published in Open Forum Infectious Diseases indicates a shifting in the demographics of hospitalizations for infective endocarditis.1 In particular, scientists observed a significant increase in those aged 15-34 — particularly women — and in whites.

Because infectious endocarditis is often related to injection drug use (IDU), its higher prevalence in particular population groups points to demographic shifts in those swept up in the opioid epidemic.

“I decided to do this analysis because in the hospital I noticed increased numbers of young people admitted with injection-drug related endocarditis. I discussed this with other physicians in Boston who were seeing the same change in IDU-related complications to include younger patients,” Alysse G. Wurcel, MD, MS, an infectious diseases physician at Tufts Medical Center, told Clinical Pain Advisor.

“There has [also] been an increase in hepatitis C virus (HCV) in younger populations, which also guided our analysis, since the major method of transmission is injection drug use,” she added.

In order to determine whether infective endocarditis cases were paralleling drug use, the researchers examined data from the Nationwide Inpatient Samples (NIS) gathered between 2000 and 2013. NIS is the largest public database for inpatient hospital care in the US.2

Infective endocarditis cases related to drug use and in patients with hepatitis C, but not those caused by congenital defects were included in the study.

“One of the most severe consequences of injection drug use — endocarditis — has a changing epidemiology with increasing frequency in young patients (under 34), whites and females,” Dr Wurcel said.

“These findings are not surprising to me, but may be surprising to people who do not work as inpatient clinicians or with people with addiction,” Dr Wurcel noted. “When clinicians are evaluating patients with symptoms concerning for endocarditis, they should make sure to question the patients about drug use, even if the patient does not have the stereotypical appearance of someone who uses drugs.”

Dr Wurcel noted that even though harm reduction programs such as opioid replacement treatment or needle exchanges may be expensive, money may potentially be saved by preventing complications of injection drug use.

“Endocarditis is a costly and severe complication of injection drug use, and it may be worth investing more money in harm reduction strategies like opiate replacement programs and needle exchanges,” she said. “We need more research in prospective clinical studies to see which interventions work [and to] get a better idea of how much money could be saved (and lives saved) through their implementation.” 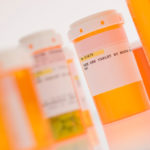 Prescription Opioids and Veterans’ Heroin Use