During a 2-day workshop held March 12 and 13, 2018, at the National Academies of Sciences, Engineering, and Medicine in Washington, DC, titled “Integrating Infectious Disease Considerations With Response to the Opioid Epidemic,” Katie Burk, MPH, viral hepatitis coordinator at the San Francisco Department of Public Health in California, presented measures undertaken by her agency to address concurrent and overlapping public health crises: opioid-related overdoses and hepatitis C/HIV infections.1

The city of San Francisco had an estimated 25,000 people who inject drugs (PWIDs) in 2012, which is more than a doubling of this population compared with in 2005.2 According to the organization End Hep C SF, approximately 12,000 of the 22,000 individuals who are hepatitis C virus (HCV) seropositive in the city have active HCV, 68% of whom are PWIDs. In addition, a 2016 HIV epidemiology annual report by the San Francisco Department of Public Health estimated that approximately 16,000 people in the city live with HIV, 6% of whom are PWIDs.3

Successful examples of integrated responses to such “intertwined epidemics” include syringe distribution and education programs. These programs have been shown to prevent the spread of HIV infection and promote enrollment in drug treatment programs, as well as testing for HIV, HCV, and other sexually transmitted diseases, among other benefits. Another example is that of medication-assisted treatments, which were found to reduce HCV infections by an estimated 60% to 75% in PWIDs, in addition to preventing opioid-related overdoses, according to the California Department of Public Health. These treatments also offer individuals the opportunity to get tested for HIV and HCV, get vaccinated for hepatitis A and B, and get access to naloxone.

With its Drug User Health Initiative, the San Francisco Department of Public Health has been tackling these public health issues through a number of integrated initiatives with opioid overdose prevention and education and distribution of naloxone; access to and distribution of syringes; prevention, screening, and treatment for HIV and HCV; alcohol prevention; and the creation of a harm reduction training institute. These approaches are undertaken in a coordinated manner and promote community engagement.

Sites for access to and disposal of syringes are numerous and scattered throughout the city of San Francisco, which through its Naloxone Prescription for Opioid Safety Evaluation project started a naloxone coprescribing program in 6 “safety net” primary care clinics, and is expected to significantly reduce the number of opioid-related emergency department visits. Another citywide initiative, the Drug Overdose Prevention and Education project, initiated in 2001, with courses on rescue breathing and overdose prevention, added naloxone distribution in 2003. This distribution is done in coordination with 15 city-based syringe distribution programs and other initiatives servicing PWIDs. Since its inception, this project has been responsible for >4000 opioid overdose reversals and significant increases in admissions into treatment programs.

The End Hep C SF program tackles the HCV crisis on different fronts, including access to HCV medications, rapid HCV testing, access to syringes, primary care-based treatment, and opiate replacement therapy. The program has deployed a number of education and prevention campaigns and provides HCV testing in locations that include the city’s county jail, homeless shelters, and methadone program centers. It also promotes HCV treatment, both in and outside of primary care (eg, in an opiate treatment outpatient program and at a syringe exchange program).

“Peer-driven program models are essential to reaching at-risk populations,” noted Ms Burk, adding that “different drug-using communities necessitate different interventions,” highlighting the importance of being knowledgeable of local demographics. The building of multidisciplinary teams is key in addressing such complex public health issues, and awareness of and activities surrounding HIV and HCV should be integrated into efforts aiming to reduce opioid-related harm, and vice versa, she concluded. 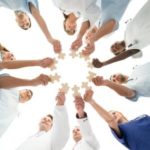