A former Marine is fighting her toughest battle yet: recovering from the devastating effects of flesh-eating bacteria. Cindy Martinez, a 34-year-old mother of two who lives outside Atlanta, doesn’t know how she contracted necrotizing fasciitis and myositis, but it has already cost her both of her feet and her right hand. 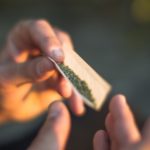