In patients with diabetes, endothelial dysfunction has been implicated as a contributor to microvascular disease, leading to peripheral neuropathy and associated pain.

The study’s primary objective was reduction or elimination of sodium nitrite-associated headaches, with the mean change in pain score on the Neuropathic Pain Symptom Inventory (NPSI) between baseline and the end of the trial as the primary outcome. Secondary outcomes included changes in other pain and function measures and in quantitative sensory testing changes, and differences in pulse oximetry and hemoglobin A1c between baseline and 12 weeks.

Adverse events were comparable between groups, with 2 patients in each group experiencing a total of 9 serious adverse events, of which only 1 was possibly related to treatment. There were no deaths during the trial. Headaches were reported in 2 patients in both the placebo and high-dose treatment groups, but none were considered treatment-related. Reports of dizziness did not differ in the 3 groups.

Non-statistically significant trends were observed between treatment groups: over the course of the study, pain levels (as indicated by NPSI scores) were reduced by 22.0%, 12.7%, and 8.4% in the high sodium nitrite dose, low sodium nitrite dose, and placebo groups, respectively. A similar trend was observed in the total severity score of the Brief Pain Inventory. The greatest levels of pain reduction were observed in the 40-mg group, as assessed with the McGill Pain Index and patients’ daily pain scores, with mean scores dropping by 6 weeks and staying lower than scores in the 80-mg or placebo groups through 12 weeks.

The group receiving 80 mg sodium nitrite had the greatest improvement in conductance and velocity on the quantitative nerve sensory testing, suggesting improved nerve function. Pulse oximetry or hemoglobin A1c levels did not vary during the 12-week study period.

The only study limitation noted was the small sample size.

“[Sodium nitrite] therapy may represent a novel strategy for treating pain in diabetic neuropathy by acting on the underlying reason for the pain, poor microvasculature, inflammation and oxidative stress,” concluded the investigators.

Funding and Conflict of Interest Disclosures:

Soin A, Bock G, Giordano A, Patel C, Drachman D. A randomized, double-blind study of the effects of a sustained release formulation of sodium nitrite (SR-nitrite) on patients with diabetic neuropathy. Pain Physician. 2018;21(2):179-190. 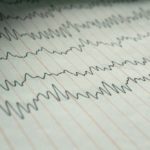