Detection sensitivity may be altered on the symptomatic side in patients with low back pain (LBP) with a dominant neuropathic pain component (ie, failed back surgery syndrome [FBSS]) compared with individuals with LBP with a primary nociceptive component (ie, low back-related leg pain [LBRLP]), according to study results published in Pain Medicine.

Studies in which the pain mechanisms and sensory dysfunction in individuals with LBP are examined often omit a subgroup of individuals with radicular pain, and comparisons of sensory sensitivities between patients with predominantly neuropathic vs nociceptive pain components are rare.

In the study, quantitative sensory testing (QST) was used to assess differences between patients with LBRLP and FBSS by evaluating electrical detection thresholds (EDTs), electrical pain thresholds (EPTs), and conditioned pain modulation (CPM). The investigators hypothesized that QST may discriminate between radicular neuropathic and nociceptive pain.

EDT was found to be higher on the symptomatic vs non-symptomatic side in individuals with FBSS (2.83 mA vs 2.17 mA, respectively; P =.01). No other significant within-group differences were detected. A positive correlation was established on the non-symptomatic side of participants with FBSS between pain catastrophizing and EDT (r = 0.52; P =.016) and between pain catastrophizing and EPT (r = 0.54; P =.011).

Study limitations include a small sample size, the lack of temporal summation testing, continuation of daily medications, and the sole use of electrical stimuli.

“Endogenous modulation is functioning in [patients with] LBP, although it is possible that it might only be functioning partially in patients with a dominant neuropathic pain component,” noted the authors. They recommended that future research use mechanical and thermal stimuli to establish a more robust QST profile.

Maarten Moens has received speaker fees from Medtronic and Nevro. 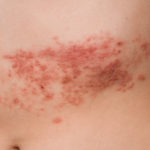