The efficacy of a diagnostic nerve block may be a poor predictor of the success of surgery for focal nerve injury, according to a study published in PLoS ONE.

A total of 24 patients (mean age at initial consultation, 43 years; 46% men; lower extremity nerves involved, 75%) with persistent postsurgical pain or neuropathic pain associated with injury of sensory nerves and sensory signs (eg, allodynia) restricted to the dermatome innervated by the injured nerve were assessed between 2008 and 2013.

Each patient received 3 injections (4 cm3 each), 2 weeks apart, with the first and third injections consisting of 1% lidocaine, and the second consisting of saline. An analgesic effect was reported for 26 (54%) of the 48 lidocaine blocks, with 42% and 66% of patients reporting pain reduction after both or ≥1 lidocaine blocks, respectively. Three patients no longer required surgery or further pain treatment after the diagnostic block, and of the remaining 21 patients, 16 opted for surgery.

A permanent positive effect was reported by 44% of patients who had surgery after the diagnostic nerve block (mean follow-up, 15 months), with 31% and 12% of patients reporting being pain-free and experiencing reduced pain, respectively. The remaining 56% of the population reported either no beneficial effect or an increase in pain intensity.

“Offering surgery to patients with focal nerve injury and neuropathic pain only if a pain relieving response to one open block is obtained is probably not a good method,” the researchers concluded, adding, “Open blocks may not be as predictive as generally presumed. The selection algorithm needs to be critically re-evaluated.” 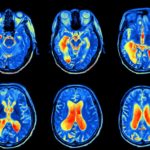