Neuropathic pain is known to arise from a number of conditions and treatments, including chemotherapy, metabolic diseases, and trauma, and is often associated with allodynia and burning or shooting pain. Although the mechanisms underlying the development and maintenance of neuropathic pain are still poorly understood, both µ-opioid and N-methyl-D-aspartate (NMDA) receptors have been implicated.2

The µ-opioid receptor agonist methadone and the NMDA receptor antagonist ketamine thus may represent therapeutic targets to treat neuropathic. The adverse effects associated with these drugs (eg, hallucination, delirium for ketamine, somnolence, vomiting for methadone), however, preclude their use as first-line treatment.3,4

As a way to minimize drug-related adverse events, multimodal analgesia can be used. In a previous study, the authors of the current analysis showed that a combination of oral methadone and ketamine was effective in alleviating refractory neuropathic pain with minimal adverse effects.5 The previous study was conducted in 18 patients; the current researchers conducted a double-blind randomized clinical trial in which 42 patients aged 22 to 77 years who had refractory neuropathic pain for >6 months, as indicated by poor response to common treatments (ie, opioids, antidepressants, anticonvulsants), were enrolled.

A diagnostic algorithm was used, in which the following criteria had to be met for a positive diagnostic: independent assessment of somatosensory dysfunction by an experienced pain clinician, affected proprioception, unaffected motor or autonomic functions, and confirmation of diagnosis for patients meeting the aforementioned conditions.

Baseline characteristics, including patient demographics, diagnosis, pain score, and use of analgesics were similar across the 3 treatment groups, which were found to be equally effective in reducing pain (the trial’s primary outcome), as indicated by visual analog scale scores, at 7 (40% reduction), 15 (60% reduction), and 30 days (70% reduction). In addition, the 3 treatments showed similar efficacy in reducing the occurrence of burning and shooting pain (methadone, P =.01 for both; ketamine, P =.03 and P =.01, respectively; methadone/ketamine, P =.02 and P =.04, respectively). However, the ketamine-only treatment was the only effective one in reducing the incidence of allodynia (P =.02).

Adverse effects (ie, nausea, vomiting, dizziness, hallucinations, constipation, and migraine) had similar incidence across treatments, with the exception of somnolence, which occurred more often in the methadone cohort (92%) than in the ketamine (19%) or methadone/ketamine (46%) treatment groups (P =.001).

The researchers concluded that “Collectively, these findings showed that methadone/ketamine was not better than methadone or ketamine for improving refractory neuropathic pain. However, ketamine was more effective in reducing allodynia compared with methadone or methadone/ketamine.” In addition, they noted that further studies should be conducted to investigate the mechanisms underlying the absence of synergy between ketamine and methadone. 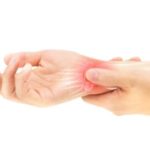 Is Opioid-Induced Hyperalgesia Lessened by Switching to Buprenorphine?