In hyperuricemic individuals who did not qualify for a gout diagnosis according to 2015 American College of Rheumatology/European League Against Rheumatism (ACR/EULAR) criteria, urate lowering therapy (ULT) reduced persistent foot pain, according to study findings published in the Annals of the Rheumatic Diseases. Positive ultrasound findings, including the double contour sign, predicted this effect.

Even without a history of a clearly-defined episode, which is needed for a definitive gout diagnosis, normally asymptomatic patients with hyperuricemia may still have monosodium urate (MSU) crystal deposition in their joints, presenting with an alternative form of non-episodic foot pain. This presentation may indicate an earlier pathophysiologic phase that could benefit from ULT despite current recommendations and a lack of formal ACR/EULAR classification.

A case-control study enrolled hyperuricemic participants with non-episodic persistent foot pain (n=16; mean pain duration, 28 months) who did not meet ACR/EULAR 2015 gout criteria and compared them to asymptomatic controls with hyperuricemia (n=15). Bilateral ultrasound of the first metatarsophalangeal joint was performed in all participants, looking for MSU deposition indicators, including tophi, erosion, and the double contour sign. Individuals with foot pain were prescribed febuxostat 80 mg once per day for 3 months. Serum urate and pain measured using a 0 to 100 visual analogue scale (VAS) were assessed at baseline and at 1 and 3 months.

“These findings indicate that persistent, non-episodic foot pain in hyperuricemia is both associated with [ultrasound] features of MSU deposition and is responsive to ULT,” concluded the authors. They suggested that symptomatic hyperuricemia without a history of a classic gout episode may represent an alternative or early disease presentation, and that patients might benefit from classification changes that would improve treatment strategies and outcomes in those with positive ultrasound findings. 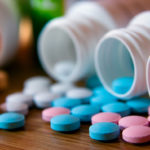