The relationship between pain and cognitive dysfunction is mediated by sleep disturbance and depressive symptoms in patients with systemic lupus erythematosus (SLE), according to a study published in Arthritis Care and Research.

The study included a cross-sectional sample of 115 consecutive patients with SLE recruited from an outpatient rheumatology clinic. Adult patients (>18 years) with physician-confirmed SLE diagnoses were included in the study population.

The study population was 90% female with an average age of 40 years. The racial composition of the cohort was 52% African American, 24% white, 11% Hispanic, 5% Asian, and 8% other, according to self-identification. Approximately 61% of participants were receiving corticosteroid medication, 74% were taking hydroxychloroquine, 22% were taking mycophenolate mofetil, 10% were taking azathioprine, 6% were taking methotrexate, and 3% were taking cyclophosphamide at the time of participation.

Descriptive statistics and bivariate correlations between the primary study variables and covariates determined that cognitive dysfunction was significantly correlated with pain (r=0.39), sleep disturbance (r=0.56) and depressive symptoms (r=0.57; P value for all <.05. In addition, 26% of the participants scored above the clinical cutoff on the Patient Health Questionnaire-2 for a suggestive major depressive episode.

Mediation analyses indicated that the effect of pain on cognitive dysfunction was mediated by sleep disturbance (β = 0.30) and depressive symptoms (β = 0.33), even after controlling for covariates. However, disease activity (β = 0.20) and stress (β=.22) remained significantly linked to cognitive dysfunction.

After concluding that the relationship between pain and cognitive dysfunction was explained by sleep disturbance, even after controlling for disease activity and perceived stress, the authors noted the need for validation in longitudinal studies. Possible limitations for the study include the inability to draw causal inferences because of the cross-sectional nature of the data.

“One explanation for these results is that disease-related flares may lead to increased pain which could negatively impact overall sleep and mood. The cumulative degradation in mood and sleep may, in turn, deplete the cognitive resources needed to effectively manage pain,” stated the authors. They also noted that these results could point to nonpharmacological methods of treatment, including cognitive behavioral therapy for depression and sleep disturbance. 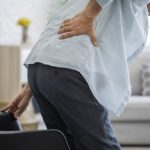