Fibromyalgia is a common, debilitating condition that has long confounded researchers — the syndrome has had no demonstrable pathology or definitive diagnostic test. Now, new research suggests that fibromyalgia may have a neuropathic basis in some patients.

In a study published in the October issue of Seminars in Arthritis and Rheumatism, researchers found that women with fibromyalgia exhibited corneal nerve atrophy consistent with neuropathic pain. The findings suggest that some patients with fibromyalgia may actually have small fiber polyneuropathy (SFPN), a disease with potentially treatable causes.

All but 1 patient in the fibromyalgia group had a Leeds assessment of neuropathic symptoms and signs (LANSS) score above the 12 cutoff point, suggesting a neuropathic component to their pain. Patients also had high Composite Autonomic Symptoms and Signs (COMPASS) tallies (54.6 ± 16.9), reflecting prominent autonomic nervous system dysfunction.

Although symptoms of neuropathic pain are not uncommon in fibromyalgia, the syndrome has been primarily considered to be a central nervous system (CNS) processing disorder.3,4

“Our group suspects that fibromyalgia is a neuropathic pain syndrome. We believe it is primarily a peripheral nerve disorder that causes central nervous system sensitization. We think that fibromyalgia is sympathetically maintained based on stress as a triggering event; heart rate studies suggest ongoing sympathetic hyperactivity,” Dr. Martinez-Lavin stated, noting that further studies are needed to confirm the controversial hypothesis. 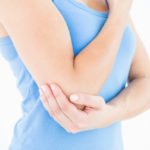 An Overview of Fibromyalgia in 55 Minutes