HealthDay News — Patients who’ve received a steroid injection for hip pain should wait at least 3 months before having hip replacement surgery, according to research presented Wednesday at the annual meeting of the American Academy of Orthopaedic Surgeons, held from March 1 to 5 in Orlando, Florida.

“The risk of developing an infection after surgery increased significantly in patients who had a hip replacement within three months of receiving a steroid injection,” study author William Schairer, MD, from the Hospital for Special Surgery in New York City, said in a hospital news release. “However, in patients who had a steroid injection and then waited 3 months or longer to have the surgery, there was no increased risk at all.” 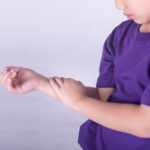