A secondary analysis of 2 separate phase 2b, 24-week studies confirmed that filgotinib improved patient-reported outcomes of health-related quality of life when given in combination with methotrexate (MTX) or as monotherapy in individuals with moderate to severe rheumatoid arthritis (RA).

The secondary results of the randomized, placebo-controlled DARWIN 1 and DARWIN 2 trials (ClinicalTrials.gov identifiers: NCT01888874 and NCT01894516) were published in Arthritis Research & Therapy.

Janus kinase inhibitors such as filgotinib, a targeted synthetic disease-modifying antirheumatic drug, have shown promise as alternative therapies for RA. The DARWIN 1 trial (n = 594) examined filgotinib as an MTX add-on therapy, while DARWIN 2 (n = 283) assessed filgotinib as a monotherapy.

Both primary end points of the studies revealed fast and sustained statistically significant improvements in signs and symptoms with filgotinib treatment. Patients were randomly assigned to receive daily oral placebo or filgotinib 50 mg, 100 mg, or 200 mg, as monotherapy or as an add-on to MTX. At 12 weeks, those who did not respond to filgotinib 50 mg or placebo as an add-on therapy, and all patients receiving placebo as monotherapy, were switched to 100 mg filgotinib daily for the remainder of the study.

With the exception of the SF-36 mental component in the add-on study, by 12 weeks, all patient-reported outcomes across both studies showed statistically significant improvements in the treatment vs placebo groups, with some early successes by 1 or 4 weeks. These improvements were sustained through 24 weeks, and those who switched to filgotinib 100 mg at 12 weeks improved through the end of the trials. There was also an overall dose effect seen in both studies across all patient-reported outcomes.

At 12 weeks, treatment with filgotinib resulted in HAQ-DI improvements of 0.58 to 0.84 points and FACIT improvements of 6.9 to 11.4 points. In addition, filgotinib therapy achieved significant reductions of 25.2 to 35.6 mm and 24.2 to 37.9 mm on the Patient Global and Patient Pain VAS, respectively. More patients achieved minimal clinically important differences and normative patient-reported outcomes values with filgotinib 200 mg compared with placebo.

Study limitations included the subjectivity of patient self-reports, the possibility of inflated improvements resulting from greater attentiveness and close monitoring, and the limited duration of the study periods.

The authors found rapid improvements across all patient-reported outcomes, which were maintained through 24 weeks in both studies. However, the investigators noted that there was likely a strong placebo effect despite the encouraging findings in the treatment groups, and they recommend that future research include long-term trials to examine extended outcomes.

The DARWIN 1 and 2 studies were funded by Galapagos NV.

LM, AVdA, PH, and CT are employees of Galapagos NV, Belgium. MG has received grants from Pfizer, Gilead, Astellas, Vertex, and Eli Lilly and has consulted for Pfizer, Gilead, Astellas, Vertex, Eli Lilly, and Galapagos NV. RW received unrestricted research grant from Roche to his institution and was advisor for Jansen (Golimumab) and part of the speakers’ bureau of BMS. AK has received compensation for consultancy work, or has been involved in the conduct of clinical research studies, for AbbVie, Amgen, Celgene, Eli Lilly, Janssen, Novartis, Pfizer, and UCB and has consulted for Galapagos NV. 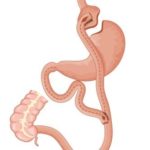