Among individuals with migraine in the period between migraine attacks, the activity of the neurons that selectively offset the action of other neurons (GABAergic cortical inhibition) is reduced by sleep restriction, according to study findings published recently in Clinical Neurophysiology.

The functional changes accompanying migraine are not clearly understood, and although lack of sleep is associated with migraine, the relationship between sleep shortage and migraine is unresolved. The objective of the current study is to examine how insufficient sleep affects migraine.

The researchers conducted a randomized, blind, crossover study that included 75 adult participants, of whom 29 (27 female; 36.9±12.1 years of age) were in the healthy control cohort and 46 (41 female; 37.5±11.2 years of age) were patients with migraine (usual mean duration 21.6 hours; mean 2.2 migraine attacks/month in the previous 6 months; mean history of migraine greater than 20 years). During 2 nights of 8-hour sleep and 2 nights of 4-hour sleep, participants underwent recordings of cortical silent period, short- and long-interval intracortical inhibition, intracortical facilitation, and short-latency afferent inhibition, the researchers explained.

Study limitations included being underpowered for subgroup analysis, no correction being made for multiple analyses, using 24- instead of 48-hour cut off for the interictal phase, confounding caffeine withdrawal, using biphasic instead of monophasic waveforms, and selection bias in the control individuals cohort. 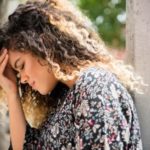