Many headache smartphone applications or “apps” share information with third parties, more than half of which have privacy policies stating that the shared data will be used to serve targeted advertisements from third parties, according to a study published in Headache.

A search conducted in the summer of 2017 identified 29 smartphone apps pertinent to the study, 14 of which were diary apps and 15 of which were relaxation apps. The relaxation apps were found to request little to no input from users, and therefore did not have much personal information to potentially share. Of the 15 relaxation apps, 11 apps (73%) had privacy policies.

Only 7 of 11 apps with privacy (64%) had information on reasons for sharing data, with 6 apps (55%) explicitly stating that use of the app implied an authorization to share data with third parties for the purposes of advertising, marketing, or promotions. 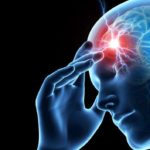