Local and painful symptoms and signs and general symptoms occur frequently prior to cluster headache attacks, according to an observational study published in Cephalalgia.1

According to the study, 83.3% of headache interviewees reported pre-attack symptoms. Local and painful symptoms were found to occur a median of 10 minutes prior to an attack in 70% of responders. Compared with women and those with chronic symptoms, men and those with episodic headache reported having significantly more frequent dull or aching sensations in the attack area (P <.05).

General symptoms, which included difficulty concentrating, yawning, mood changes, nausea, and fatigue, were reported by 62.5% patients 20 minutes prior to an attack. A total of 43.8% of patients reported local and painless symptoms and signs, including signs and symptoms of lacrimation and nasal congestion, occurring at a median of 10 minutes before an attack.

If future prospective trials can confirm the pre-attack phase of cluster headaches, the researchers believe “the symptoms could hold a key to early treatment and understanding of the unresolved issues of cluster headache pathophysiology.”

The investigators note that some pre-attack symptoms were reported by only a few patients, bringing into question the validity of the results. In addition, the patient population in this study was relatively small compared with similar studies, representing another potential limitation to the final results. 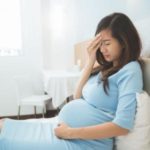