LOS ANGELES — A new zolmitriptan intracutaneous system (M207) was found to be well tolerated and effective for relieving both pain and headache-associated symptoms, according to research presented at the 70th annual American Academy of Neurology meeting, held April 21-27, 2018, in Los Angeles, California.

The study tested and compared the tolerability and efficacy of Zosano Pharma’s new rapid absorption microneedle array M207 in a randomized, placebo-controlled, double-blind, dose-ranging trial in adults with migraine headaches. Subjects of similar demographics first identified their most bothersome headache-associated symptoms — such as phonophobia, nausea, and photophobia — and then entered a 28-day run-in period, during which they recorded the number of migraines experienced.

The 321 subjects with 2 to 8 migraines experienced during this time were randomly assigned to 1 of 4 groups: zolmitriptan at 1 mg, 1.9 mg, or 3.8 mg, or placebo. Participants treated a subsequent qualifying migraine according to their assigned group; they then recorded application site appearance and migraine symptoms for the next 48 hours.

Overall, M207 was well tolerated among participants, with mild redness and bruising at application site being the most common adverse event (6.3% to 26.5%), followed by dizziness (4.8% of those in the 3.8-mg group).

The study investigators concluded that “M207 3.8mg was well-tolerated and effective at relieving pain and associated [most bothersome symptom] of migraine.”

The authors report being employed by MedVadis Research and Zosano Pharma. 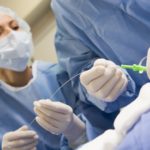