Levetiracetam was more effective than placebo for decreasing both frequency and intensity of migraine episodes in pediatric patients over a 12-week period, according to a study published in Cephalgia. Side effects were not significant and all of them resolved during the study.

The broad-spectrum, anti-seizure drug levetiracetam has been suggested as effective for migraine prevention in adults. This double-blind randomized placebo-controlled trial was performed to assess the efficacy and safety of this medication in pediatric patients with migraine ages 4 to 17. All participants were patients treated at the Children’s Medical Center, which is a major referral hospital aﬃliated with Tehran University of Medical Sciences. Participants had at least 4 migraine episodes per month or had episodes that were severely disabling or intolerable. Primary end points were mean change in monthly frequency and intensity of episodes from baseline to the last month in the double-blind phase (12 weeks). Adverse effects reported were used to determine safety end point.

Limitations of this study included the small sample size, short follow-up period, and a lack of an active comparator. Outcomes were also reported by participants or their parents, which could have led to bias.

Study investigators concluded that levetiracetam was more effective than placebo in decreasing frequency and intensity of migraine episodes in pediatric patients within a 12-week time period, and that future studies with larger sample sizes, longer follow-up periods, and active comparators should be performed. 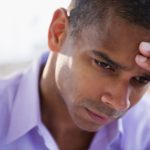