GammaCore (nVNS) has been granted 510(k) expanded clearance by the Food and Drug Administration (FDA) to treat pain associated with migraine.

GammaCore was developed by electroCore and received its initial FDA approval for the treatment of cluster headache pain in April 2017.

The new approval for migraine patients was supported by the PRESTO trial, a multicenter, randomized, double-blind, sham-controlled study. A total of 243 patients with episodic migraine were included in the trial.

“With the FDA’s decision to release gammaCore for migraine, patients now have access to an effective and safe therapy which can be self-administered to acutely treat the pain associated with migraine,” said Stephen D. Silberstein, MD, Professor of Neurology and Director of the Headache Center, Thomas Jefferson University.

GammaCore is a non-invasive, hand-held device which sends gentle electrical stimulation through the skin when applied to the neck. This activates the vagus nerve resulting in the reduction of pain.

The Company expects the device to be commercially available for the new indication during the second quarter of 2018. It is available through prescription only. 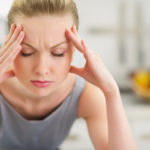