Color-selective photophobia was found to be more prevalent during the ictal vs the interictal phase in individuals with migraine, in a study published in Pain.

In a previous study, white, blue, amber, and red lights were found to worsen migraine headaches in a greater number of patients and to a greater extent compared with green light. In the current study, the investigators sought to determine whether the color preference of photophobia was phase  or condition dependent. 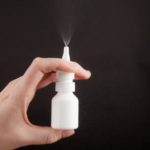