Using vaporized nicotine products (VNPs) may be a strategy to stop smoking. In a randomized controlled trial, both individuals assigned to gradually and abruptly quit smoking reported satisfaction with VNPs. These findings were published in Addictive Behaviors.

Daily smokers (N=56) who were interested in quitting were recruited between 2018 and 2019 from alcohol and other drug treatment programs in New South Wales, Australia. Participants were randomized in a 1:1 ratio to receive gradual (reduce cigarette use by 25% each week for 4 weeks) or abrupt (only use VNP) cessation.

At baseline, each participant received information about their quitting strategy, learned how to use the VNP device, received the device, and 2 weeks of 12 mg/10 ml nicotine liquid with a prescription for ~3 ml of nicotine liquid per day. Participants were also given 7 21 mg/day nicotine patches to reduce cravings and withdrawal during the first week. Progress was monitored via telephone calls at weeks 1, 3, 5, 7, and 10 and follow-up qualitative interviews at weeks 6 and 12.

Both groups reported high perceived usefulness (median, 9-10) and satisfaction (median 8-9) with the VNP device on a 10-point scale, and no significant differences in these measures were reported.

Throughout the study period >95% of study participants reported using the VNP.

This study was limited by not evaluating why some participants were not successful in their quitting attempt.

The study authors concluded, “Taken together, this study contributes to the emerging literature by providing the first study to assess the potential of VNPs in combination with a quit smoking strategy in the alcohol and other drug treatment setting. This study found that offering VNPs for smoking cessation was feasible and acceptable to tobacco smokers in alcohol and other drug treatment.” 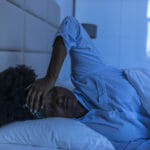