The social transmission of emotions has been reported in several studies in recent years. Research published in 2013, for example, found that joy and fear are transmissible between people, while a 2011 study showed that stress–as measured by an increase in cortisol–can be transmitted from others who are under pressure.1,2 Results of a new study that appeared in Science Advances suggest that pain may also be communicable.3

“Being able to perceive and communicate pain to others probably gives an evolutionary advantage to animals,” study co-author Andrey E. Ryabinin, PhD, a professor of behavioral neuroscience at Oregon Health & Science University, told Clinical Pain Advisor. Such awareness may trigger self-protective or caretaking behaviors, for instance, that facilitate the survival of the individual and the group.

In the current study, Ryabinin and colleagues investigated whether “bystander” mice would develop hyperalgesia after being housed in the same room as “primary” mice who had received a noxious stimulus. In one experiment, the paws of primary mice were injected with complete Freund’s adjuvant (CFA), which, as expected, induced persistent hypersensitivity that was apparent for 2 weeks. Bystander mice who had been injected with phosphate-buffered saline (PBS) similarly demonstrated hypersensitivity throughout the same 2-week period.

Bystander mice also displayed acquired hypersensitivity in another set of experiments in which primary mice experienced pain related to withdrawal from morphine and alcohol. This suggests that the transfer of hyperalgesia is not limited to the effects of inflammatory stimuli. In addition, the transfer was consistent across mechanical, thermal, and chemical modalities of nociception.

Tests revealed that nociceptive thresholds returned to basal levels in both primary and bystander mice within 4 days, and the transferred hyperalgesia was not accounted for by familiarity, as the effects were similar between mice that were not familiar with the others and those that were.

Finally, the authors determined that the transfer of hyperalgesia was mediated by olfactory cues (as measured by exposing naïve mice to the bedding of hypersensitive co-housed mice), and it could not be accounted for by anxiety, visual cues, or stress-induced hyperalgesia.

Future research is needed to pinpoint the molecular messenger involved in the transfer of hyperalgesia, and whether a similar process occurs in humans.

“Here we show for the first time that you do not need an injury or inflammation to develop a pain state–pain can develop simply because of social cues,” said Dr Ryabinin. These findings have important implications for the treatment of chronic pain patients. “We cannot dismiss people with chronic pain if they have no physical pathology. They can be in pain without the pathology and need to be treated for their pain despite lack of injury.”

This study sheds light on the role of social and environmental cues in pain pathogenesis and has implications for the treatment of chronic pain patients.

Though the findings do not support a role of stress or anxiety in the transfer of hyperalgesia, their involvement cannot be ruled out entirely. 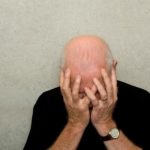