Current data on the state of undergraduate and graduate medical education must be evaluated rigorously to influence change in the current medical education system, according to an opinion piece published in JAMA.

S. Claiborne Johnston, MD, PhD, of the Dell Medical School at the University of Texas, Austin, noted that training a medical student in the United States costs an average of $112,000 annually ($158,000 for a resident). The end result of this training cost results in physicians who — if they are entering medical school in the current year — could still be practicing in the year 2065.

New research argues that because of the cost and long-term consequences of training physicians, the US physician training system warrants further analysis. Yearly data gathered by the American Medical Association, the Liaison Committee on Medical Education, and the Association of American Medical Colleges (AAMC) help to inform about the current state of undergraduate and graduate medical education in the United States. Without analysis or commentary to accompany these data, however, critical questions about the US medical education system go unanswered.

The main question that Dr Johnston addressed is that of future need for physicians. According to an estimate by the AAMC, in just over a decade, there will be a shortage of between 42,600 and 121,300 physicians in the United States. Although the rate of physicians entering residency programs has grown by 15% over the past 5 years, the projected need will not be reached at that same rate. This raises questions about the optimization of training programs in the United States, demographics of the physician workforce compared with those of the population being treated, and whether the number of available positions in schools and residency programs should be increased.

Along with these questions is the consideration of osteopathic and international graduates in the US physician workforce. The number of osteopathic residents has increased from 8% to 12% of all residents in the past 5 years, and international medical graduates fill approximately a quarter of residency slots. Data on these 2 types of residents should be considered when addressing the physician shortage and future need.

Dr Johnston also addressed the effect of an increase in female physicians on the profession. With more women than men entering US medical schools for the first time (women accounted for 52% of first-year students), the overall physician workforce may be affected. Women are statistically more likely to choose specialties such as internal medicine, family medicine, obstetrics-gynecology, or pediatrics. Although the increase of women in physician training programs is filling gaps in primary care areas, they are grossly underrepresented in specialties such as orthopedic surgery (15% of residents are female) and neurologic surgery (18%) and in fellowships in cardiovascular disease (23%) and critical care medicine (26%). This is likely to contribute to the continuation of compensation gaps between male and female physicians, with female physicians underrepresented in some of the areas of highest reimbursement.

The investigators urge deeper overall analysis of the data presented regarding undergraduate and graduate medical education in the United States. By examining data about topics like physician salary and career satisfaction, researchers can better understand the critical issues facing the US physician training system today. 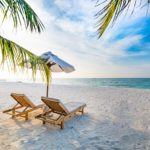 Residents Should Take Advantage of Paid Time Off