It recently occurred to me that we need a national databank available at all times to patients seeking care. This databank would include names of medical providers who have publicly expressed opinions indicating biases about certain populations.

I recently came to this conclusion after seeing some posts on social media from physician assistants (PAs) noting their dismissive thoughts about lesbian, gay, bisexual, and transsexual (LGBT) patients, patients with addiction, and patients with HIV. Their comments reflect attitudes that have lingered since time immemorial. You know the lines: “I don’t feel sorry for them”; “They did it to themselves, it was their choice;”; “Why should I have to pay for their bad choices?” etc.

In areas where populations of people who are commonly discriminated against live, call-to-action posters would be beneficial. These posters could say, “Tell us about your biased medical provider!” and include a 1-800 phone number, for example, 1-800-RACISTPA. Actually that wouldn’t work, it’s got too many letters. But something like that.

Once the biased provider was reported, it would be placed online, and patients seeking care could check it out and see if their prospective PA or other provider was on the list.

Of course this would never work. And it would be easy to cause trouble for PAs and other providers for reasons not really related to bigoted behavior. However, it’s so upsetting to see comments like the ones I saw and think that a patient seeking care might end up on the wrong side of a stethoscope with an obviously biased providers. Clearly they would get bad care.

So how do we address this? One way is to see it as impairment, or as care not meeting the standard-of-care requirements commonly used by state medical commissions. This would be easier to do after a patient saw a provider they thought treated them without respect. Medical boards often deal with such issues, and it’s not unheard of for providers to be held accountable for such behavior.

But what about when the publicly stated opinions of biased providers occur unrelated to the care of a particular patient? Well, it’s also not unheard of for medical boards to act on complaints about social media posts from providers that reflect bad behavior or anti-patient attitudes.

I still kind of like the posters and biased provider database, though. 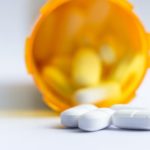