I am both an idealist and a pragmatist.

The idealist side of me wants to believe that we can create a better, more humane, patient-centered healthcare system for all Americans. The pragmatist side says, No way! Snowball’s chance in hell! Fuhgeddaboudit!

Healthcare reform, in its various permutations, has been a political hot potato since before 1993 when former President Bill Clinton appointed his wife, Hillary Rodham Clinton, to try to create a better system.

So-called “Hillarycare,” as it was known, failed miserably — for political reasons, as much as for any inherent shortcomings of the plan. The health insurance lobbyists in Washington, DC had a real field day, with every major healthcare association weighing in, and discourse becoming heated and ugly as each association tried to protect its turf.

With so much disagreement and division, it is not surprising nothing happened and the status quo, even though inadequate, won out. The can got kicked further down the road, so to speak.

Yet to be honest, the beginning of the end for healthcare really began when “managed care” started to penetrate the nation’s marketplaces.

The idea behind managed care was that staying healthy in the US had become too expensive, and that doctors — good clinicians, but bad bean counters — were not the best choice for managing costs. Doctors themselves, viewing managed care as a chance to attract more patients to their practices, jumped onboard without carefully considering the downstream consequences.

Enter the MBAs. Even a few MDs, realizing that they could make much more money managing care than practicing medicine, traitorously crossed to the “dark side” to head up big managed-care companies. Thus, the corporatization of medicine was born. Medicine was now more about making money than about making people better.

Aside from the perverse financial incentives inherent to any managed-care–based system, where denying care to patients and delaying payments to doctors, rewards executives and shareholders with greater profits, other problems sprang up with the new system.

Convenience to patients was never considered. The impact of aging baby boomers had been grossly underestimated. As people get older, they do tend to consume a higher percentage of healthcare resources. And people with serious and/or chronic health conditions tend to drive up costs even more.

And while no one could deny that people were surely getting heavier, no one could have also predicted the toll that morbid obesity, diabetes and chronic pain would take on our healthcare system.

Nor did anyone foresee how sheer, unmitigated greed could run so seriously amuck. A case in point: Sales from Purdue Pharma’s supposedly “addiction-proof” OxyContin are estimated to be more than $35 billion since 1995, according to Forbes.

Today’s expensive drugs and entitlement programs, combined with the incredible fragmentation and inefficiency in our health-care system, have thrown the whole damn thing into a ditch.

But do we call a tow truck or bring in a wrecking ball?

Our country’s $3.35 trillion healthcare system definitely needs massive streamlining and simplification. But it’s now such a political hot potato that it makes molten lava seem cool by comparison. For instance, stripping health insurance benefits away from patients who have them now under the Affordable Care Act would be any politician’s worst nightmare.

Despite all the difficulties, the optimist in me still nurtures a faint glimmer of hope, even if the odds do seem increasingly low. The only way we can build a better healthcare system for all Americans is to depoliticize it, at least temporarily de-corporatize it, and put it back where it belongs — into the hands of doctors and patients.

We need a patient-centered system that reflects the needs and wants of healthcare consumers and the doctors who serve them. It must be based on common sense and shared responsibility — not on more layers of administrative burden. And it should not undermine the central doctor-patient relationship.

Otherwise, any new healthcare reform effort is doomed to fail straight out of the box. And we might as well just all throw up our hands and say fuhgeddaboudit! 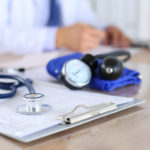