Inappropriate prescriptions to older individuals can lead to higher hospitalization rates and adverse events, and remain a concern. A collaborative effort among patients, physicians, and pharmacists to optimize medication management with the aid of communication regarding potential harm and safer alternatives may help mitigate these concerns.

The Developing Pharmacist-Led Research to Educate and Sensitize Community Residents to the Inappropriate Prescriptions Burden in the Elderly (D-PRESCRIBE) study (Clinicaltrials.gov identifier: NCT02053194) was a 2-group cluster randomized multiblinded trial conducted in Quebec, Canada, between February 2014 and September 2017.

A total of 37 patients who discontinued an inappropriate medication replaced it with another drug. Of participants taking sedative-hypnotic drugs, 38% who tried tapering reported experiencing withdrawal symptoms. No serious adverse events that required hospitalization were reported.

Study limitations include a lack of information regarding extra clinic visits or telephone contacts, limited follow-up time, and uncertainty regarding additional factors that may have contributed to drug cessation.

“A pharmacist-led intervention has the potential to reduce prescriptions for inappropriate medication in older adults,” concluded the authors.

All authors have completed and submitted the ICMJE Form for Disclosure of Potential Conflicts of Interest. Dr Martin received a bursary from the Michel Saucier Endowed Chair in Pharmacology, Health and Aging of the Faculty of Pharmacy of the Université de Montréal. Dr Ahmed and Dr Tannenbaum are clinician-scientists funded by the Fonds de Recherche en Santé de Quebec. No other disclosures were reported. 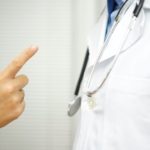