Legalized Marijuana: Are We Ready for the Consequences? - Clinical Pain Advisor

Wider availability of medical marijuana in Colorado starting in 2009 coincided with an increase in calls to poison control centers and hospital discharges, according to a study published in the American Journal of Preventive Medicine.1

Colorado voters chose to legalize marijuana for recreational use in 2012, and the findings represent a cautionary tale for states that have voted or will be voting on this issue.

“In 2009 there was a big change. In that year, the Department of Justice instructed federal prosecutors not to focus on individuals who were in compliance with state marijuana laws. People no longer had to worry about getting in trouble with the [Drug Enforcement Administration],” Dr Davis told Clinical Pain Advisor.

A Change in Public Perception

“When taken with changes suggesting a decrease in the perceived risk of marijuana, these factors may mark increased use and increased acceptance of marijuana,” the authors noted. 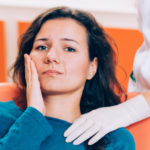