The use and misuse of benzodiazepines by US adults appears to be increasing, according to a recent study published in Psychiatry Services.

To better understand the prevalence of use and misuse, study authors used the 2015 and 2016 National Survey on Drug Use and Health data to identify individuals ≥18 years old who reported using benzodiazepines. “Measurements included past-year prescription benzodiazepine use and misuse (‘any way a doctor did not direct’), substance use disorders, mental illness, and demographic characteristics,” the authors explained. Benzodiazepine misuse was compared between younger adults (18–49 years) and older adults (≥50 years).

Prescribed use was highest among adults aged 50-64, while misuse was highest among those 18-25 years old; the lowest prevalence of misuse was in adults 65 years and older. Among the drugs in the class, alprazolam was found to be the most commonly misused benzodiazepine. The main reasons for misuse included help with relaxation and sleep, although sleep was reported more frequently among older adults. The authors also found that prescription opioid or stimulant misuse or abuse was strongly associated with benzodiazepine misuse.

“To our knowledge, this is the first analysis of benzodiazepine use in the United States to find that the highest prevalence of use is no longer among adults ages ≥65,” the authors concluded, adding that “At the policy level, more widespread insurance coverage and access to behavioral treatments may reduce benzodiazepine use and misuse—some misuse may reflect limited access to healthcare generally and behavioral treatments specifically.” 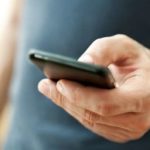