Patient provider agreements (PPAs) are often perceived by clinicians and healthcare workers as “time-consuming” and “minimally effective” for reducing opioid misuse, but many still view these agreements as valuable aspects of the opioid-prescribing process, according to a study in the Journal of General Internal Medicine.

The findings from this study were based on responses to electronic surveys that queried physicians, registered nurses, dentists, and advanced practice nurses who may or may not prescribe opioids to manage chronic pain. The electronic surveys were sent to 62,530 individuals in a national registry, the Safer/Competent Opioid Prescribing Education (SCOPE of Pain) program.

A total of 443 respondents from 43 states, most working in primary care (64%) and pain care (18%), reported the use of PPAs. Respondents discussed how PPAs are administered in their practice and were asked about their views on the usefulness of PPAs.

Most PPA reviews with patients were performed by prescribers of opioid medications (80%). The average perceived time to administer the PPAs, according to the survey, was 13 minutes. A majority of respondents (66%) said they thought PPAs were either “often” or “always” worth the additional effort during the prescribing process. In contrast, only 28% of respondents said they considered PPAs “often” or “always” effective for reducing opioid misuse among patients.

The respondents to the survey also suggested that the PPA reading burden surpassed recommended standards for patient education, with only 2.5% of PPAs either at or below a fifth-grade reading level. Most PPAs in prescribers’ practices focused on rules and consequences of noncompliance instead of on a shared treatment plan.

Limitations of the study included the survey’s low response rate of 1.5% as well as the lack of providers in the survey who did not provide PPAs.

The investigators suggest there is “an opportunity to transform PPAs from a regulatory step that risks eroding patient-provider trust into a meaningful tool” to manage chronic pain, but clinicians and regulatory agencies alike “should move forward in developing an understandable, non-stigmatizing, reciprocal gold standard PPA that can be widely disseminated and studied.” 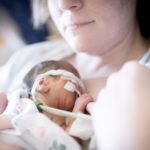