According to a review published in JAMA Neurology, an increasingly popular method of heroin inhalation known among drug users as “chasing the dragon” can lead to “peculiar and often catastrophic brain complications.”1 Chasing the dragon involves placing heroin over aluminum foil, heating it with a lighter, and inhaling or “vaping” its fumes through a straw or tube. The research team, led by Vilakshan Alambyan, MD, from the Department of Neurology at Case Western Reserve University, Ohio, noted in the review that the practice is growing in popularity and reaching near-epidemic proportions in states west of the Mississippi and in urban centers.

“The unique spectrum of [chasing the dragon]-associated health outcomes includes an aggressive toxic leukoencephalopathy with pathognomonic neuropathologic features, along with sporadic instances of movement disorders and hydrocephalus,” the review authors wrote. “[The] clinical severity of [chasing the dragon practices] is predominantly moderate at admission, frequently unmodified at discharge, and largely improved in the long term. Mild cases survive with minor sequelae, while moderate to severe presentations might deteriorate and progress to death.”

“Our work was to investigate the role of inhaled heroin, and specifically chasing the dragon, in the ongoing opioid epidemic,” commented review coauthor Ciro Ramos-Estebanez, MD, PhD, in an interview with Clinical Pain Advisor. “Chasing the dragon damages the brain’s white matter to a degree that eventually leads the affected tissue, when seen under the microscope, to look like a sponge, with irregular holes throughout. Historically, many different toxins have been implicated in the development of this clinical picture. A second look at the available evidence has led us to hypothesize that it is heroin itself which causes this peculiar pattern of brain injury. We suspect that heroin inhaled via chasing the dragon hurts the brain through a mechanism quite distinct from other routes, and we elaborate on a putative mechanism.” In addition to summarizing the results of a literature review and additional case studies pertinent to the pharmacology, pathophysiology, clinical spectrum, neuroimaging, and neuropathology of the condition they call “CTD leukoencephalopathy,” the investigators provided a “good practice statement,” with proposed diagnostic criteria and recommendations for therapy.

“It is imperative that healthcare providers familiarize themselves with this potentially lethal brain complication of chasing the dragon,” stated Dr Ramos-Estebanez. “At present, we do not know how frequent or common this condition might be. There are several grades of severity of this syndrome, and each has its own typical subset of symptoms and signs. Clinicians may implement our practical diagnostic scheme with sufficient ease to assist clinical decision-making. This would aid early identification and institution of therapy with the goal to improve survival and outcomes. While specific therapy has not yet been proven in clinical trials, we recommend using Coenzyme Q-10, given its benign safety profile. Several reports suggest it could ameliorate or even reverse the effects of heroin through an antioxidant action. In addition, cases developing hydrocephalus may require life-saving surgery.”

Unlike the young urban-dwelling men who made up the largest group of heroin users in the 1960s and 1970s, up to 83% of today’s heroin users transition to heroin after misusing prescribed oral opioids. Former prescription opioid abusers may prefer inhaled over injected heroin, based on its availability, greater ease of administration, and reduced risk for infection.1,2 Michael Miller, MD, a board-certified general and addiction psychiatrist and past president of the American Society of Addiction Medicine, told Clinical Pain Advisor that well-intentioned limits on opioid prescribing are a factor in the current heroin epidemic. “One of the things that’s really unfortunate is that governmental efforts to change opioid prescribing and to set limits on prescribing apply to all physicians, with the exception of palliative and cancer care. But that leaves primary care, all other specialties, and pain medicine. Pain medicine doctors are seeing a particularly ill population who have not responded to treatment by primary care and have been referred to a specialist. And many of these patients are on high doses of opioids and find that they are helpful. With the crackdown on prescription drugs, patients who are predisposed to addiction and who have developed addiction may transition to heroin because of availability and price.”

To help prevent patients receiving prescription opioids from switching to heroin, Dr Miller recommends that pain medicine physicians have access to addiction consultants and consider adding a certified addiction counselor to their practices. “Everybody in the pain medicine area should screen patients on opioids for addiction. The prevalence of addiction in the population of patients with chronic noncancer pain is actually fairly significant.”

Dr Miller noted that the frequency with which chasing the dragon leukoencephalopathy occurs is not particularly high compared with the frequency of transmission of viruses in heroin users through shared needle use. “The relative risk is such that I don’t see this as a largely prevalent public health problem. The rates of its occurrence just aren’t that significant. What the healthcare system has primarily done for the last hundred years is to identify the medical and surgical complications of addiction and treat those. Something like 95% of the healthcare spend related to addiction is on treating complications. And so we are really misallocating our efforts. We should get doctors to understand how to recognize addiction and treat addiction, rather than focusing on unusual and impressive complications. Yes, physicians should know about this neurological disorder, but we tend to get enamored by rare conditions. While this is a useful addition to the medical literature, we shouldn’t chase after this diagnosis and put big efforts into identifying people who have it before the post mortem examination. We need to be dealing with the primary disease.” 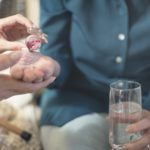