Disparities in access to controlled medications, including opioids, along racial/ethnic and income lines were found to parallel the rate of opioid-related overdoses in California — whereby lower-income, majority-white areas saw higher overdose rates — highlighting unequal access to medications, according to a study published in JAMA Internal Medicine.

Although drug epidemics in the United States have been found to affect communities of color disproportionately, the opioid crisis has had a greater impact in low-income white areas compared with areas that include other sociodemographic groups.

Data from 29.7 million patients (mean age, 46.5; 57.0% women) who received controlled substance prescriptions between 2011 and 2015, gathered from California’s prescription drug monitoring program (the Controlled Substance Utilization Review and Evaluation System), were examined for this population-based study. Exposure variables were 1760 different zip code areas categorized by racial/ethnic composition (dichotomized as white vs non-white) and income per capita. The primary outcome was the percentage of residents >15 years old who received ≥1 prescription per year (ie, opioids, benzodiazepines, and stimulants.)

Across the race/ethnicity-income social gradient, opioid prescription prevalence differed by nearly 300% according to zip code area, with the highest rates observed in lower-income and predominantly white areas. The lowest-income/highest percentage-white quintile had a prevalence of 44.2%, compared with 23.6% for all participants statewide and 16.1% in the highest-income/lowest proportion-white quintile.

These data aligned with racial/ethnic and income patterns for opioid overdoses in the state, which differed by an even greater margin than number of prescriptions, and was concentrated mainly in poorer white areas. There were 9.6 opioid overdose fatalities per 100,000 people in the lowest-income/highest proportion-white quintile vs 1.3 per 100,000 in the highest-income/lowest proportion-white quintile.

Study limitations include the sole use of ecological-level demographic information, the inability to establish individual-level associations, possible errors in estimating prescription prevalence, and an exclusion of opioid-dependence therapy prescriptions.

“These discrepancies may have shielded nonwhite communities from the brunt of the prescription opioid epidemic, but also represent disparities in treatment and access to all medications,” noted the authors. 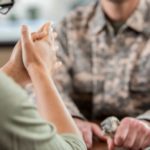