Activation of the µ-opioid receptors triggers 2 signaling cascades: through coupling with the Gαi/o protein-coupled receptor, it is thought to mediate pain relief; through recruiting of β-arrestin-2, it mediates adverse events, including respiratory depression.1

Recent reports of the crystal structure of all 3 isoforms of opioid receptors (µ, δ, κ) have allowed to further shed light on mechanisms of action of opioid agonsists.2-4

In an effort to identify compounds with novel biological effects, distinct from those of known opioid agonists, scientists tested in silico binding of 3 million known molecules (with an average of 1.3 million configurations for each compound), to key residues on the docking site of inactive µ-opioid receptors.5


In Search of Improved Opioid Analgesics

This initial screening led to identification of compounds with novel structures, but low affinity. Scientists therefore tested analogues with conserved binding sites, but modified in order to increase binding affinity (7 analogues reached Ki values between 42 nM and 4.7 µM). Among those compounds, 4 were specific to µ- vs κ-opioid receptors.

Three of these analogues led to activation of Gi/o – 1 in particular showed little activation of β-arrestin-2. Scientists further optimized this compound that they termed ‘PZM21′, by adding a phenolic hydroxyl group to increase its affinity (to a Ki of 1.1 nM, a signaling EC50 of 4.6 nM for Gi/o activation and 76% efficacy).

The PZM21 compound did not show activation of the κ-opioid (for which it acts as an antagonist) or of the nociceptin receptors and showed very weak activation of the δ-opioid receptor. PZM21 therefore showed high selectivity for the µ-opioid receptor, and high specificity for the G-Protein-coupled receptors. Further testing of PMZ21-mediated activation of additional receptors and inhibition of neurotransmitter transporters enhanced the researchers’ confidence in the fact that it “is a potent, selective, and efficacious μ opioid agonist.”

In addition, PZM21 failed to recruit β-arrestin-2, even at high concentrations, positing it as a compound with a new chemotype, distinct from that of canonical opioid analgesics.

Using the hotplate assay, PZM21 showed fast (15 min post-administration), strong (87% of maximal possible effect) and long-lasting (up to 3 hrs) analgesia in mice. However, PZM21 failed to produce analgesia in the tail-flick assay, which tests spinal reflexes, in contrast to the hotplate assay, which tests both brain and spinal analgesic circuits. The compound therefore “solely confers analgesia to the affective component of pain,” pointed the authors, conferring a unique property to PZM21 among opioid analgesics.

In addition to its analgesic effects, PZM21 led to reduced constipation, respiratory depression (which was at levels similar to those from vehicle-treated animals) and addictive and reinforcement properties (as indicated by lack of conditioned place preference, and lack of hyperlocomotion in an open-field assay), compared to morphine.

“These features have contributed to favourable biological effects, with long-lasting analgesia coupled to apparent elimination of respiratory depression, specificity for central over reflex analgesia, lack of locomotor potentiation and conditioned place preference, and hence a reduced potential for opioid-induced reinforcement for PZM21 and molecules like it,” concluded the authors. “The selectivity, potency, and biased signalling of PZM21 make it a tool molecule of a sort previously unavailable to interrogate μ OR signaling,” they added. 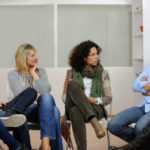