According to a secondary data analysis published in the Community Mental Health Journal, the HIV viral load suppression rate among individuals in Philadelphia with mental illness and substance use disorders was 52% — higher than expected, considering that the national suppression rate of HIV in the general population is 58%.

Evidence suggests that individuals with mental illness are more likely to be tested for HIV than those without mental illness. Evidence also demonstrates that patients who receive early treatment substantially reduce their risk for serious illness or death.

Suppression of HIV viral load is critical to achieving improved outcomes and reducing viral transmission to others. Determining which groups are more likely to fail to receive proper treatment helps providers and policymakers develop interventions to monitor HIV progression and improve outcomes.

Donna M. Coviello, PhD, of the Department of Psychiatry at the University of Pennsylvania in Philadelphia and colleagues used screening data from the Preventing AIDS Through Health (PATH) for Triples (PFT) study to assess HIV viral load suppression among 254 psychiatric inpatients with comorbid substance use disorders in Philadelphia.

In this mixed population, 64% had depression, 21% had schizophrenia, and 13% had bipolar disorder; 73% reported alcohol use, 64% reported cocaine use, 29% reported cannabis use, and 16% reported opioid use prior to admission. Most patients were African American (76%) and male (56%).

Recent opioid users were 6 times more likely to have a detectable viral load than those who did not use opioids. Other factors associated with detectable viral levels were homelessness, unstable psychiatric symptoms, and current substance use disorders, particularly opioid abuse. In contrast, those with viral suppression were more likely to be engaged in Philadelphia’s treatment network.

The authors noted that despite the relatively high rates of HIV suppression, a substantial proportion of these individuals diagnosed with HIV, psychiatric disorders, and substance use disorders are out of care and urgently require an intervention such as Preventing AIDS Through Health for Triples.

HIV/AIDS Opioids Substance Use
Next post in Opioid Addiction 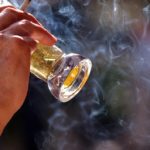 Global Prevalence of Alcohol, Tobacco, and Illicit Drug Use: A 2017 Status Report