Patient misuse of prescribed opioids was found to be associated with opioid use disorder, misuse of other drugs, history of illegal activity, and psychological distress, according to a study published in Pharmacoepidemiology and Drug Safety.

The study examined the data of patients from the National Survey on Drug Use and Health for 2015 and 2016 who reported using opioids in the past year (n=31,068). The prevalence and correlates of self-reported misuse of prescribed opioids (ie, use of a larger dose, more frequent use, or use for a longer period than prescribed) were assessed. Multivariable logistic-regression models and the machine-learning method of boosted regression were conducted to identify the correlates of misuse.

Using weighted National Survey on Drug Use and Health estimates, over 89 million adults in the United States were found to use prescription opioids each year, 3.9 million of whom (4.4%) reported misuse. The results indicated that prescribed opioid misuse was most significantly associated with co-occurring misuse of opioids without a prescription, misuse of benzodiazepines, presence of other drug used disorders, and psychological distress.

Misuse of prescribed opioids was found to be strongly associated with prescription opioid use disorder. This association was particularly strong in participants who misused more potent opioids or started misusing opioids before the current year.

“Given the associated adverse health outcomes, this extent of prescription opioid misuse is a major public health care concern,” noted the study authors. 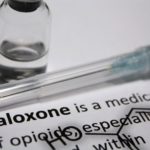