Suppression of the function of an intracellular modulator of the μ-opioid receptor RGSz1 was found to enhance the analgesic activity of agonists for those receptors, delay the tolerance to morphine, and reduce its rewarding effects, in an animal study recently published in the Proceedings of the National Academy of Sciences of the USA.1 This study points to potential new molecular targets for the development of improved analgesics devoid of addictive properties.

Although opioids are effective analgesics, their long-term use is associated with risks for addiction and abuse, which may lead to overdose. The molecular mechanisms mediating the analgesic vs addictive properties of this class of molecules are not clearly understood.

RGSz1 is encoded by the RGS20 gene, which is involved in the regulation of G protein signaling. Studies have shown that RGSz1 modulates the expression of both μ-opioid receptors and serotonin receptor 1A.2,3 In addition, knocking out the expression of the Gαz protein was found to potentiate the response to cocaine, accelerate the tolerance to morphine, and reduce morphine-dependent analgesia.4,5 Based on these and other findings, the researchers of the current study hypothesized that chronic opioid use would modify both the pattern of expression and activity of RGSz1, and that manipulating the expression of this protein would affect tolerance to opioids as well as opioid-associated analgesia and rewarding properties.

In this study, levels of RGSz1 protein were found to be upregulated in the periaqueductal gray — but not in other brain areas, including the nucleus accumbens, dorsal striatum, and thalamus — of mice (n=16) treated for 4 days with morphine (15 mg/kg) vs mice injected with saline, 2 hours after the last morphine injection (P <.05). Genetically engineered mice lacking the RGSz1 gene (RGSz1-KO) displayed enhanced analgesia compared with control mice, as indicated by a higher maximum possible effect of low doses of morphine during the hot plate test (P <.05 with 5 mg/kg morphine; P <.01 with 7.5 mg/kg morphine). In addition, tolerance to 15 mg/kg morphine was delayed in both male and female RGSz1-KO mice (P <.001 for both) vs controls, for which tolerance was visible after 3 days of morphine treatment. This effect of delayed tolerance to morphine was maintained in inflammatory pain conditions.

The rewarding effects of low doses of morphine, assessed with the conditioned place preference test, were reduced in RGSz1-KO mice vs control mice at 1 mg/kg (no effect of morphine) and 3 mg/kg morphine. Other reward-related behaviors were not affected in RGSz1-KO mice. In addition, knocking down RGSz1 expression vs normal expression levels (50% reduction in RGSz1 protein levels) in ventrolateral periaqueductal gray neurons but not in nucleus accumbens neurons led to delayed development of tolerance to 15 mg/kg morphine.

Next-generation RNA sequencing of periaqueductal gray tissue samples from RGSz1-KO and control mice after 4 days of exposure to 15 mg/kg morphine — time of onset of tolerance in control mice — or no morphine exposure indicated that morphine tolerance led to a greater effect on gene expression patterns in RGSz1-KO vs control mice, with approximately three-quarters of the genes found to have altered expression being specific to each genotype.

The majority of genes with expression found to be regulated by chronic morphine administration in both RGSz1-KO and control mice are involved in transcription, cell proliferation, and cell differentiation. After chronic morphine intake, mice lacking RGSz1 had altered expression of genes involved in transmembrane transport and cell adhesion. In particular, the Wnt/β-catenin pathway was the most affected (primarily downregulated) by chronic morphine administration vs no morphine exposure in the periaqueductal gray tissue of control mice (but not RGSz1-KO mice), as indicated by ingenuity pathway analysis. RGSz1-KO mice administered morphine for 4 days exhibited higher levels of several molecules in the Wnt/β-catenin pathway compared with control mice; namely, active β-catenin (phosphorylated on serine residue 675) and inactive phospho-GSK-3β, indicating an involvement of this pathway in the lengthening of analgesia observed in the genetically engineered mice. 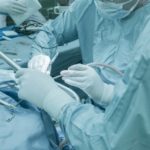 Guidelines on the Perioperative Pain Management of Patients on Buprenorphine Therapy