Below we explore 5 initiatives aimed at addressing the opioid epidemic in the United States.

1. Development of a Vaccine Against Opioid Overdose

Researchers from the The Scripps Research Institute have developed a vaccine that blocks oxycodone and hydrocodone-associated analgesia in mice, and that also appears to reduce the risk of death from opioid overdose.1

The vaccine consists in an immunoconjugate of oxycodone or hydrocodone bound to tetanus toxoid, via a modified hapten group. It has the advantages of blocking opioid activity without binding the µ-opioid receptors, of eliciting few adverse effects (eg, dysphoria), and remaining in the individual’s system for up to a year following initial administration.

While this is not the first vaccine of its kind to be tested, it is the first to be designed with an accurate opioid representation, which makes it highly effective.

Because mice injected with the vaccine took much longer to be affected by opioid toxicity, this may mean that a similar vaccine developed for humans may increase the amount of time responders have to assist those experiencing an overdose.

Researchers investigating the effectiveness of medication take-back programs found that only about 5% of the drugs collected were controlled medications that can be abused. The other 95% were vitamins and over-the-counter medications.2

The study found that 21 503 units of controlled medications were collected at 3 federal Drug Enforcement Administration-sponsored take-back events and at 5 permanent drop boxes in Kentucky between 2013 and 2014. This represented only 0.3% of the 20 million units prescribed in the state.

3. Task Force Provides Recommendations for Local Officials to Respond to the Opioid Epidemic

The City-County National Task Force on the Opioid Epidemic has released a report providing recommendations to local officials for dealing with the opioid epidemic. The recommendations focus on “strong leadership, a focus on education and prevention, expansion of treatment, and reassessing public safety and law enforcement approaches.”

“City and county leaders must assume roles of leadership in local efforts to reverse the trends of the opioid crisis,” authors of the report wrote.

The Addiction Treatment Advisory Group, which was created in 2015 by the Academy of Managed Care Pharmacy (AMCP), has provided detailed information on addressing the opioid crisis through increased access to naloxone and Medication Assisted Therapies.3

Recommendations for managed care organizations to support patients and improve access to naloxone include:

The DEA has strict requirements to ensure that the e-prescribing process is up to standard.4

According to Sean P. Kelly, MD, Director of Graduate Medical Education at Beth Israel Deaconess Medical Center in Boston, Massachusetts, “the DEA passed a ruling back in 2010 which allows providers and institutions to prescribe controlled substances electronically, but those requirements are actually quite stringent. Every aspect of the technology needs to be certified by the DEA.” 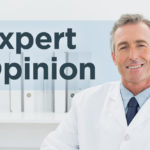 Expert Feedback on the Surgeon General’s Report on Addiction