Death and serious outcomes resulting from overdose or poisoning from drugs used to treat depression more than doubled during the last decade and a half, found a recent study, with amitriptyline topping the list. Fatal cases overall increased by 32%, and amitriptyline accounted for approximately 2 of 5 deaths from antidepressants, the results showed.1

“Unfortunately, the same medications that are given to patients to treat depression can become the vehicle for a serious suicide attempt,” reported J. Craig Nelson, MD, from the University of California at San Francisco, and Daniel A. Spyker, PhD, MD, from the Oregon Health and Science University in Portland. “Because many suicide attempts are impulsive, readily available medications may be chosen.”

Suicides involving poisoning increased 38.5% from 2000 through 2014, with medications comprising the vast majority of these (89%-92%), the study notes.

The researchers analyzed all records from the National Poison Data System for single exposures of psychotropic medications in people aged 12 years and older from 2000 to 2014. Their query included 48 drugs used to treat depressive and related mood disorders, including antidepressants, atypical antipsychotics, anticonvulsants, lithium, and others.

Nearly a million exposures (962,222) occurred from these medications, with the incidence more than doubling during the 15-year period. The patients were an average age of 35.8 years, and 62.8% were women. Just more than half the exposures (51.4%) were suspected suicide attempts, which also accounted for 66.9% of cases with serious outcomes and 74.1% of the fatal cases. Only 10% overall involved intentional misuse or abuse, and 1 in 5 involved therapeutic mistakes.

Instead of calculating rates, the researchers calculated indices for morbidity and mortality: each index represented the proportion of deaths and/or serious cases out of 1000 exposures.

“Arguably one of the most important public health implications of our data is that the prescribing of amitriptyline should be reconsidered when safer alternatives are available,” the authors wrote.

Monoamine oxidase inhibitors, although representing a small percentage of exposures, involved high rates of hypertension and confusion and increased creatinine and fever. Among second-generation antidepressants, bupropion had the highest rate of seizures and hallucinations, as well as a high mortality index.

Higher rates of bradycardia, confusion, and renal problems, such as elevated creatinine, oliguria, polyuria, and renal failure, occurred with lithium than with other drugs.

“Lithium poses a dilemma for clinicians,” the authors noted. “It is one of the most dangerous drugs in overdose, and it is one of the only drugs that has been shown to reduce suicidality in depressed patients.”

The authors concluded that serious outcomes, including deaths, from drugs used to treat depression have been increasing more rapidly than such outcomes from other drugs, likely in part because depressed patients are already at higher risk for suicide.

“As a consequence, clinicians need to be aware of the potential risks when they prescribe antidepressants and other drugs used in the treatment of depression,” the authors wrote. 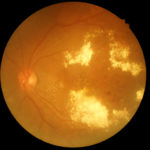