The reciprocal relationship between chronic pain and poor sleep is well-established: pain compromises sleep, and lack of quality sleep exacerbates daytime pain symptoms.1 This knowledge has led researchers to look into improving sleep to help alleviate chronic pain. Results from a phase 2 clinical trial investigating the effects of filorexant, an orexin receptor antagonist, indicate that this compound is not effective in relieving painful diabetic neuropathy (PDN)-related pain.2

Orexin is a neuropeptide that regulates wakefulness and was also found to be involved in the modulation of pain perception, as indicated by orexin receptor blockade, which provides analgesia in rodent pain models.3,4 Thus, a randomized clinical trial sought to evaluate the effectiveness of the orexin receptor antagonist, filorexant, on pain associated with PDN.

This trial (ClinicalTrials.gov identifier: NCT01564459) was a double-blind, randomized placebo-controlled, proof-of-concept study that began with a population of 182 patients (44.5% women; 70.3% white; mean age, 55.3 years) with PDN not complicated by another type of pain syndrome. Participants were required to receive antihyperglycemic medication for at least a month before screening, and patients who had failed more than 3 neuropathic pain remedies were excluded from the study.

The initial cohort received a 2-week, single-blind course of filorexant 10 mg nightly — the active dose for the treatment of insomnia. A total of 170 responders were eligible to participate in the double-blind arm of the study and were randomly assigned 1:1 to a 2-week course of filorexant or placebo.

Of the study participants who completed the double-blind, placebo-controlled phase, 88 (51.8%) were considered responders and 65 (38.2%) were considered primary responders. Although efficacy failure occurred in fewer primary responders in the filorexant vs placebo group (24.3% vs 32.1%), the difference did not reach statistical significance, and no significant difference was seen between responders in general and the placebo group. A higher proportion of patients in the filorexant arm, however, reported adverse events (23.9% vs 13.4%), primarily daytime somnolence. The researchers noted that although improvements in sleep function were observed in this trial, consistent with research from a phase 2b trial of filorexant,5 the current trial was neither designed nor powered to evaluate sleep disturbance.

“Due to filorexant’s pharmacokinetic properties, by morning, the compound was expected to be well below receptor occupancy thresholds necessary for daytime pharmacodynamic effects, meaning that improvement in daytime pain symptoms would likely be derived from nighttime sleep effects,” the lead author of the study, W. Joseph Herring, MD, PhD, explained to Clinical Pain Advisor. “While mean reductions in pain scores were observed during the filorexant run-in phase of this randomized withdrawal design, the lack of differential pain relapse between filorexant and placebo in the double-blind phase does not provide evidence of a meaningful daytime treatment effect. However, despite these initial results, appropriate sleep hygiene and effective treatment of insomnia symptoms continues to be an important facet of overall pain treatment strategy in patients with neuropathic pain.”

The orexin-receptor antagonist filorexant, an agent in development for the treatment of insomnia, was not more effective than placebo in providing pain relief to patients with painful neuropathic neuropathy. This proof-of-concept study holds importance in exploring the links between sleep hygiene, pain syndromes, and amelioration of chronic pain.

Possible limitations of this study include elements of the enriched-enrollment, randomized-withdrawal design, although the authors noted that precautions were taken to ensure high sensitivity, safeguard against exposure to ineffective treatments, and maximize enrollment. The authors questioned whether the study required a higher responder rate and whether daytime administration of filorexant would have resulted in a different outcome on pain control, although such action would have resulted in daytime somnolence.

The study was supported by Merck and conducted and authored by affiliated researchers. 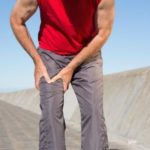