When it comes to effectively controlling pain, the location of receptors may be more important than previously thought.

Published in Nature Communications, a new report revealed that location can determine the signal size of a pain receptor; thereby, enabling clinicians to more effectively control pain by blocking pain receptors in the nucleus of spinal nerve cells.

TRENDING ON CPA: How Effective Are Opioids in Neuropathic Pain?

Led by Terence Coderre, PhD, McGill University’s director of Anesthesia Research, and Karen O’Malley, PhD, at Washington University in St. Louis, a team of researchers also learned that when spinal nerve cells encounter a painful stimulus, receptor cells will migrate from the cell surface into the nucleus.

During the study, the researchers treated rats with investigational drugs to block the activity of the receptors in the nucleus. Shortly thereafter, the rats began behaving in ways that led the researchers to believe that the animals experienced relief from their neuropathic pain.

Researchers administrated all drugs by intrathecal injection at the L2-L5 spinal cord level. Drugs used in the study were dissolved in either distilled water (glutamate or morphine) or 5% dimethyl sulfoxide+0.1M cyclodextrin or 25% in dimethyl sufoxide in stilled water (all other drugs). All drugs, except for morphine, were prepared to make an injectable volume of 20 μl for spinal injection.

“Drugs that penetrate the spinal nerve cells to block receptors at the nucleus were effective at relieving pain, while those that don’t penetrate the nerve cells were not,” Dr Coderre said in a statement.
“Rats with nerve injuries had less spontaneous pain and less pain hypersensitivity after blocking receptors at the nucleus, while the pain sensitivity of normal rats was not affected.” 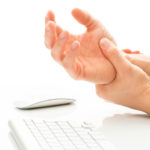