A population-based cohort study published in the Annals of the Rheumatic Diseases showed no association between current statin use and the risk of developing systemic lupus erythematosus (SLE).1

To investigate the association between statin use and the risk of developing SLE, Hilda de Jong, PhD, from Maastricht University in the Netherlands, and colleagues analyzed records from the Clinical Practice Research Datalink, a primary care database that contains medical records from approximately 8% of the UK population. Patients aged 40 years or older who had received 1 or more prescriptions for a statin during the period from 1995 to 2009 were selected, and the date of first statin prescription was designated as the index date. Patients with a previous history of SLE or who had received disease-modifying antirheumatic drugs before the index date were ineligible for inclusion in the final cohort study.

The researchers matched each statin user with a nonuser of the same age and sex. Statin users and nonusers were also matched by medical practice to control for variations in prescribing patterns. Index dates were assigned to nonusers according to the index date of the statin users they were paired with. Ultimately, 1,039,694 patients were included in the study, of which 519,847 were statin users.

Results showed that the risk of developing SLE in current statin users aged ≥40 years was no different than that in nonusers, with an adjusted hazard ratio of 0.75 (95% CI, 0.53-1.07). A 38% decreased risk of developing SLE was observed in current statin users who continued the therapy for more than a year, with an adjusted hazard ratio of 0.62 (95% CI, 0.42-0.93). However, this decrease was not seen after sensitivity analyses using more rigorous definitions of SLE.

“In summary, this is the first observational study assessing the risk of developing SLE with changes in statin exposure over time,” wrote the investigators. “We found that current statin use is not associated with an increased risk of developing SLE among patients aged ≥40 years. We observed a decreased SLE risk among current statin users who continued their therapy for >1 year, but further research is needed to substantiate this signal of a long-term effect of statin on SLE risk.”

Potential limitations to the study noted by the investigators included:

Dr Klungel has received funding for pharmacoepidemiological research from the Top Institute Pharma (Grant T6.101 Mondriaan) and the Innovative Medicines Initiative Joint Undertaking. All authors declared financial support from the National Institute for Public Health and the Environment (RIVM; research grant S340040) for the submitted work. 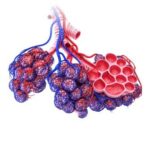