Sphenopalatine ganglion (SPG) stimulation may serve as an effective acute therapy for patients with chronic cluster headache after first-line therapies have failed, according to data published in Cephalalgia.

The study, a long-term follow-up of the Pathway CH-1 study, sought to characterize the long-term outcomes of microstimulator use on acute and frequency response to stimulation, headache disability, and use of preventative medication over 24 months.

Of the 43 patients with medically refractory chronic cluster headache who participated in the Pathway CH-1 study, 33 were enrolled in the long-term follow-up study. Participants recorded their response to stimulation in an electronic headache diary. Pain scores were reported using the Categorical Pain Scale (0-4), with headache pain reported prior to stimulation and headache pain and acute medication use reported either 15 minutes following start of stimulation (first 12 months) or immediately after cessation (12-24 months).

Compared to baseline, 35% (11/31) of patients reported at least a 50% reduction in headache frequency at 24-month follow-up. Two of these responders reported no cluster headaches at 24 months, while 64% of responders reduced or stopped their preventative medication. Among the total study population, 65% of those who did not see a reduction in frequency reported improvements in preventative medication and experienced clinical improvements.

“Previously published data from the sham-controlled experimental period in the Pathway CH-1 study showed a 68% therapeutic responder rate (acute and/ or frequency) for SPG stimulation,” the authors wrote. “Compared to these results with similar proportions of acute and frequency responders, the present study shows a maintained effectiveness in the majority of patients over time, indicating that the acute and/or attack frequency reduction benefit is robust, stable, and is likely not attributable to the implant procedure itself.” 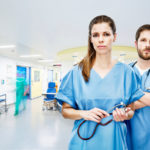