The mechanisms underlying posttraumatic headache (PTH) — a frequent and debilitating postconcussion syndrome — are unclear. Meningeal MC degranulation resulting from mild closed-head injury is thought to occur independently of peripheral CGRP signaling and is not thought to play a role in cephalic mechanical hypersensitivity.

A rat model of mild closed-head injury was used to evaluate the contribution of CGRP signaling and subsequent meningeal MC activation in PTH-like pain behaviors. The involvement of CGRP was examined using a monoclonal antibody directed against the peptide, and the involvement of MC granules was studied using a specific depleting agent. Cephalic pain hypersensitivity was examined with behavioral testing, which consisted in tactile stimulation with von Frey filaments of the skin region above the eyes while rats were in a box from which they could escape. Behavioral responses assessed were lack of response to the stimulus, stimulus detection, withdrawal from stimulus, and escape or attack in response to the stimulus.

After mild closed-head injury, peripheral CGRP signaling was not found to be involved in ongoing MC degranulation (P <.0001). Cephalic pain hypersensitivity following concussion was found to be independent of MC activation during the acute recovery period. Rats treated with a meningeal MC-depleting agent vs saline had fewer nondegranulated MCs, the majority of which had an irregular shape. Three days after induced injury, the majority of MCs in animals treated with the depleting agent were irregularly shaped , whereas rats injected with saline solution had both degranulated and nongranulated MCs, indicating the presence of cells at different stages of recovery.

Mechanical hyperalgesia of the cephalum and hindpaw, triggered by administration of glyceryl trinitrate, resulted in lower pain thresholds in both areas in saline-treated animals, and in animals treated with the MC-depleting agent, it resulted in a blockade of latent sensitization. After mild closed-head injury, the levels of MC degranulation 4 hours after induced mechanical hyperalgesia were comparable in rats treated with the MC-depleting agent vs saline, indicating a lack of involvement of acute MC degranulation in injury-related latent sensitization.

“The key findings point to a differential role of MCs in the genesis and maintenance of PTH: having no contribution to the development of the acute cephalic allodynia, but appearing to be critical for the sustained state of the latent sensitization that develops post-[mild closed-head injury],” noted the researchers. “Early targeting of MCs…following [mild closed-head injury] may be useful to prevent the development of PTH and possibly complementary to treatment with anti-CGRP [monoclonal antibodies].”

Head Trauma Migraine and Headache
Next post in Migraine & Headache 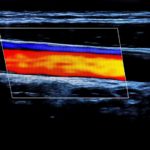